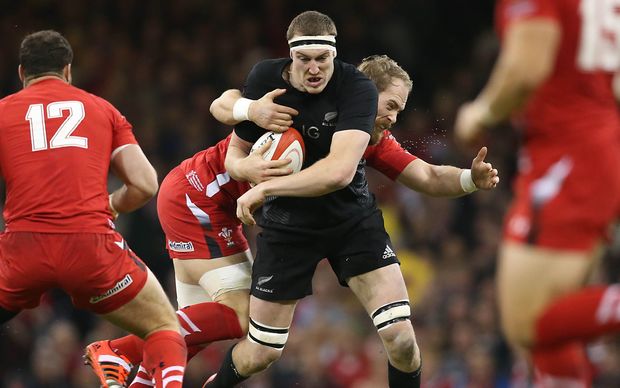 He edged out Willie le Roux (South Africa), Julian Savea (New Zealand), Jonathan Sexton (Ireland) and Duane Vermeulen (South Africa) for the award in a closely fought contest during a year of impressive performances on the international stage.

The panel deliberated on every major Test played in 2014, starting with the opening Six Nations match and culminating with the November internationals.

A towering presence in the lineout, Retallick has played 35 Tests for New Zealand since making his debut against Ireland in June 2012.

His powerful runs and work-rate across the pitch have brought him to the fore in 2014.

His partnership with Sam Whitelock makes up arguably the best second row in today's game.

Under Hansen's guidance in 2014 New Zealand equalled the record of 17 consecutive victories by a major nation, secured a series whitewash over England, the Bledisloe Cup for the 12th successive year and won a third Rugby Championship title in a row.

World Rugby Chairman Bernard Lapasset said: "Once again, the World Rugby Player of the Year award has been closely contested with each of the five nominees having shone on the international stage in 2014."

"Brodie Retallick has been at the heart of another hugely successful year for the All Blacks with his superb lineout skills, ball carrying ability and work at the breakdown playing a huge role in a June series win against England, the Rugby Championship title and a strong November series."

"New Zealand showed again in 2014 that they are the team to beat in international Rugby, demonstrating remarkable consistency and dominance, the likes of which has rarely been seen before."

"And at the helm is their excellent coach Steve Hansen who has managed to keep his players performing at such a high level, match after match."

New Zealand Rugby Chief Executive Steve Tew said: "It has been another year where the hard work done by this group has been rewarded on the field with outstanding results."

"We are extremely proud of this team and on behalf of NZ Rugby congratulate Brodie, Steve and the whole team brilliantly lead by Richie and supported by a large group of very committed professionals all of whom unselfishly contribute."

Previous winners include Kieran Read, Dan Carter, Thierry Dusautoir, Shane Williams, Bryan Habana, Schalk Burger, Jonny Wilkinson and Richie McCaw with the two All Black centurions the only players to have won the award on more than one occasion.