The All Blacks captain Richie McCaw will bring up yet another milestone at Millennium Stadium in Cardiff this weekend when he captains the side for the 100th time in a Test match.

It's a record for the All Blacks but also internationally with no other player having captained their side in 100 rugby tests.

Lifting the World Cup three years ago is just one of the many milestones McCaw has achieved as All Blacks skipper since taking over the captaincy in 2004. 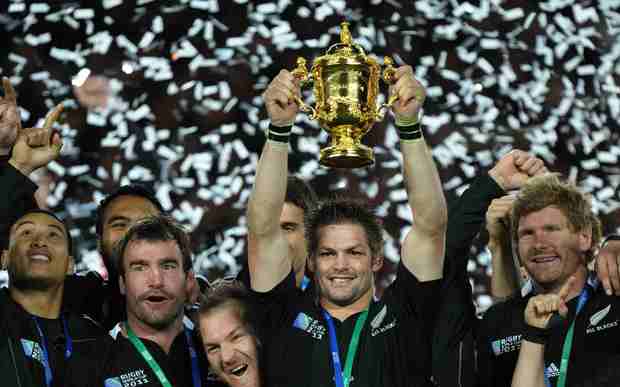 The Test against Wales in Cardiff on Sunday morning will be his 137th in total - more than any other All Black.

It's fitting McCaw will play his 100th Test as captain at Millennium Stadium for it was in Cardiff 10 years ago that he led the All Blacks side onto the field for the first time, replacing Tana Umaga as captain.

Looking back McCaw realises how much his approach has changed.

"I had no idea what I was doing back then. It felt like I needed to have all the answers, know it all myself and always be the guy talking. But as time does on I think you become more comfortable you don't feel threatened by other people and the good ones are ones who have a pretty strong bunch around them. That's what I've been lucky to have."

He was coaching Canterbury then and told then-Canterbury chief executive Steve Tew they had to sign him no matter the cost.

"I remember going into Tewie's office and saying (no matter) how much he costs, just get him - this kid's special."

Although McCaw's arrival didn't go down too well with some leading Canterbury players.

"Toddy (Todd Blackadder), Reuben (Thorne), Razor (Scott Robertson) and Angus Gardiner came to me and said 'look if he comes into another ruck (at training) and pinches another ball we're going to snot him' and I said 'you snot him and I'll be snotting the lot of you so leave him alone he's only a baby. Look after him and just get there quicker than he is'.

"So he started setting the standards at training because he made it real. I had to go to him quietly and say 'look just let them win a couple will you, you're starting to piss them off.' "

The former All Blacks captain Graham Mourie who led the side between 1976 and 1982 believes the loss to France at Cardiff's Millennium stadium in the 2007 World Cup quarter final was a watershed in McCaw's captaincy. 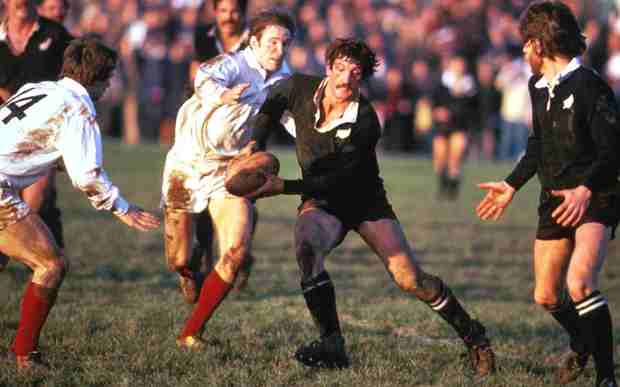 Former All Blacks captain Graham Mourie believes the World Cup quarterfinal loss in 2007 was a watershed in McCaw's development as captain. Photo: Photosport

"From that point on he felt the mantle was his to assume and I think the balance between the senior players and the coaches since then has been very good. Up until then I had the feeling the coaching was dominating a little bit."

McCaw says that 2007 quarter-final is etched in his memory .

"I remember, don't know if it was sulking, but thinking you can either man up here or drift away and remember that experience as something you couldn't handle. I guess being the person I am as soon as I thought like that, there was no way I want to do that so got over it and got on with it."

The All Black No.8 Kieran Read has played alongside McCaw at provincial, Super Rugby and international level and is in awe of his achievements.

"Especially in the big games. You'll see him fly into a ruck or come out with the ball the other side. He's got no regard for his body and when you see that from your skipper you kind of have to follow." 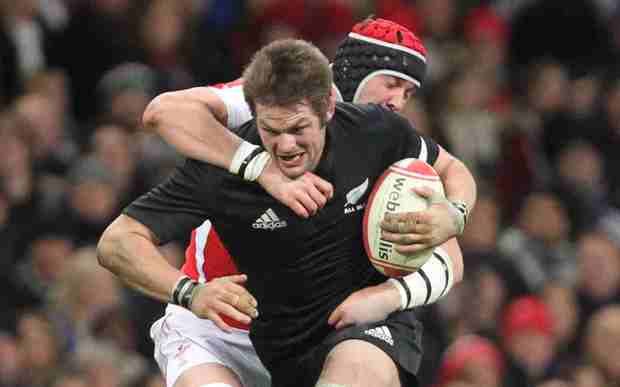 Richie McCaw has "no regard for his body" says fellow All Black Kieran Read. Photo: Photosport

While McCaw's captaincy is about to come full circle at Millennium stadium on Sunday morning, it's certainly not over.

The talk is next year's World Cup could mark the end of his international career and becoming the first player to lead his side to consecutive World Cups would be a fitting legacy.