The first-five-eighth Beauden Barrett will start against Wales in the final All Blacks Test of the year in Cardiff on Sunday, with Colin Slade named in the reserves. 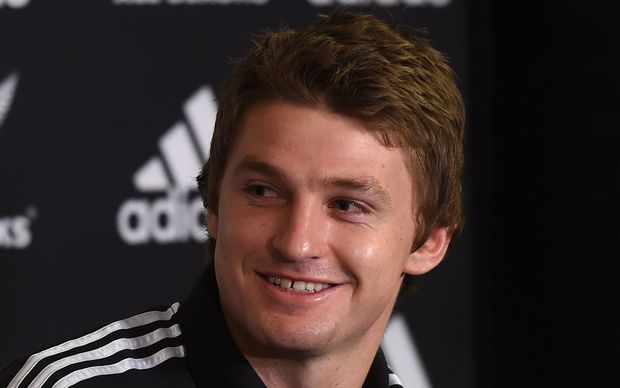 The pair's selection means there's no place in the team for Aaron Cruden or Daniel Carter.

The coach Steve Hansen says on this tour the selectors wanted to see Barrett and Cruden start against strong opposition.

Hansen says as Cruden started against England it's now Barrett's turn to wear the No.10 jersey against Wales.

Hansen says Slade was picked in the reserves as he can cover more positions in the backline than Cruden.

He says Carter hasn't played enough rugby this year and is still rusty and now needs to focus on next year's Super Rugby season.

Charles Piutau starts on the right wing and Ben Smith at fullback, while Israel Dagg is also missing from the team sheet.

The coach says Piutau has regained his confidence after recovering from injury and following his strong game against Scotland, the selectors want to see how he performs on the big stage at Cardiff's Millenium Stadium.

Sam Whitelock and Brodie Retallick are the locks, backed up by Patrick Tuipolotu on the bench.

Hansen says the lock Jeremy Thrush is unlucky to miss out after scoring the match-winning try against Scotland, but the selectors feel Tuipolotu's athleticism "is something special."

Sonny Bill Williams and Conrad Smith start in the midfield with Ryan Crotty in the reserves.

This weekend's game will be a special moment for Richie McCaw when he captains the All Blacks for the 100th time in Test matches.

The All Blacks meet Wales at 6.30am on Sunday morning.