The former Chiefs back Gareth Anscombe admits he would be "proud" to represent Wales, but says he must first focus on playing well for his Welsh club.

The 23-year-old arrived in Cardiff earlier this month to play for the Cardiff Blues after joining on a "long-term deal" from the Super Rugby side. 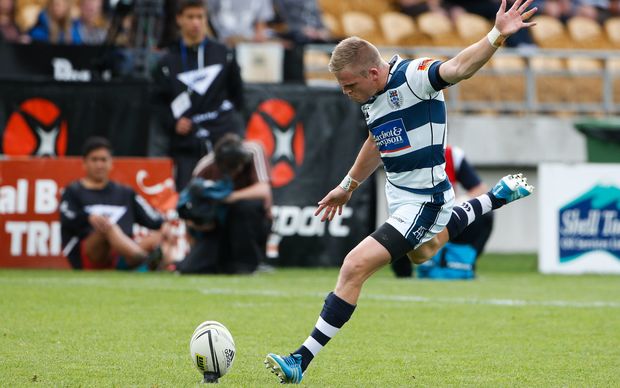 Anscombe makes his first Blues appearance at fullback this weekend against Edinburgh.

Anscombe says he certainly wouldn't expect to walk into a Welsh team.

He says he knows he's got to play well for Cardiff first and that's where his head is at the moment.

"Hopefully if I do the little things right and put my hand up, then maybe I might get the opportunity one day to pull on a red jersey, which I'd be pretty proud to do.

"There's a lot of speculation about what can happen in the following weeks, but my focus right now is just to play for Cardiff."

Anscombe, who can play first five or fullback, won the Junior Rugby World Cup with New Zealand in 2011.

Despite representing the "Baby Blacks", Anscombe qualifies for Wales through his mother, who is from Cardiff.

There had been speculation he could be drafted into the Wales squad for the remaining autumn internationals, but head coach Warren Gatland ruled this out.

Anscombe played most of his rugby with the Chiefs as a fullback, helping the New Zealand side win the Super Rugby title in 2013.

But he could feature at No.10 for Blues as regular first five Rhys Patchell is suffering with a hamstring injury.