The New Zealand weightlifter Stanislav Chalaev has won a silver medal in the 105-kilo class at the Glasgow Commonwealth Games. 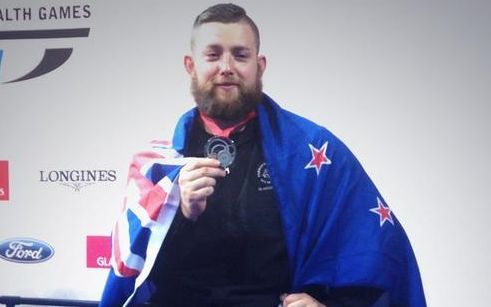 Chalaev, who also won the silver medal four years ago in Delhi, was second after the snatch and finished with a total of 341 kilos.

He was in the gold medal position, but David Katoatau of Kiribati started the clean and jerk after him and then lifted what was the winning weight with his first attempt.

Katoatau finished seven kilos ahead of the New Zealander to pick up Kiribati's first ever gold medal.

Chalaev says he's disappointed not to have won gold, but happy he lifted a personal best.

He says Katoatau found the fighting spirit with his last lifts and was the champion on the day.

Earlier Auckland's Tracey Lambrechs won a bronze medal in the over 75-kilo class, and several days ago Richie Patterson took gold in the 85-kilo class.

Chalaev believes the team has peaked just at the right time.

He came to New Zealand from Siberia with his mother when he was 12.