The closest thing New Zealand has to a sure-bet, Valerie Adams competes on day seven of the Glasgow Commonwealth Games. 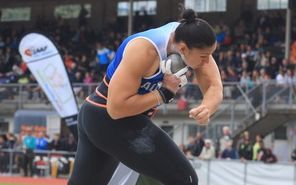 Adams has won her last 53 events and appears unlikely to be troubled in making that 54 when she competes at Hampden Park at 7:40am in the morning.

Adams' personal best is 1.8 metres better than the next best, Cleopatra Borel of Trinidad and Tobago.

Meanwhile, the Silver Ferns play Jamaica, who are the other contenders for top spot in their group. The winners are likely to avoid Australia in the semi-finals.

The women's hockey team play their final group match against Canada and barring an upset the Black Sticks should secure top spot in their group.