Australia's government has announced $A550 million for dairy farmers after cuts to milk prices for farmers by Fonterra and Australian competitor Murray Goulburn. 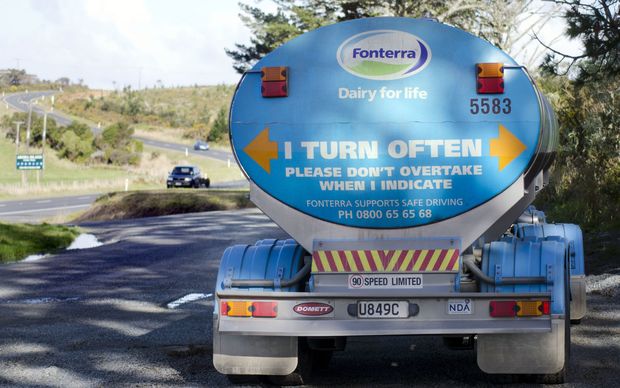 The farmers were left hundreds of thousands of dollars in debt after Australia's largest dairy processor Murray Goulburn cut $5.60 per kilo of milk solids to between $4.75 and $5, making way for New Zealand processor Fonterra to do the same.

The cuts were backdated to July 2014, reducing farmers' payout at the farm gate from 40 cents a litre to 13 or 14 cents per litre.

Australian farmers said there was no reason for Fonterra to make the cuts and accused the company of "robbing from Australia to help New Zealand".

Fonterra is facing a possible lawsuit in Melbourne and an investigation by Australian Competition and Consumer Commission into the timing and notice of the milk price cuts.

Australia's Deputy Prime Minister Barnaby Joyce now says those farmers are being offered $A55 million in low-interest loans of 2.66 percent until end of the month.

Another $A500m would be set aside for loans over the next two years.

Also Australia's agriculture minister, Mr Joyce said the package would keep the bulls from the door and the dignity in their house.

However, Fonterra's farm-gate milk price in New Zealand was also expected to be well below the break-even point for farmers.

The raised prices would remain below the roughly $5.20 farmers needed to cover costs according to dairy analyst Susan Kirby.

In March, Fonterra announced a doubled half-year profit of $409m and a 3 percent increase of Earnings Before Tax to $655m.

Chair John Wilson promised investors a 40 cent per share dividend at the time, while also promising to fast-track instalments and support farmers.