Thousands of hunters turned out across the country at the start of the new game bird hunting season, but some might face charges for not following the rules.

Fish and Game said duck hunters got close to their bag limits in many parts of the country over the weekend, but the ongoing Indian summer produced very mixed fortunes. 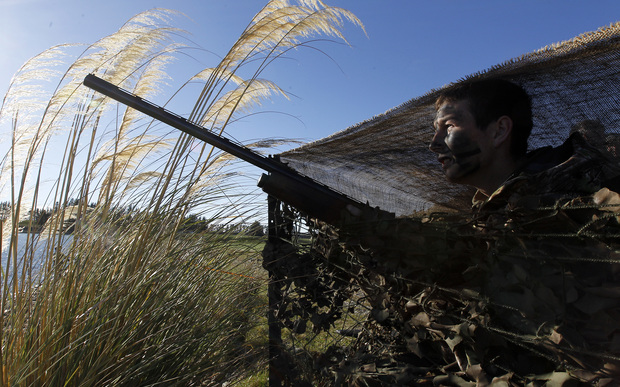 Three people were injured in accidental shootings including a 10-year-old boy shot in the foot.

Fish & Game communications manager Don Rood said an estimated 30,000 people took to their maimais - a hunter's hut - on Saturday and there was plenty of ducks around.

"Populations of mallard ducks in particular seem to have recovered from a fall a few years ago and throughout the country hunters report good numbers of birds around."

But birds were also scarce in some areas due to warm temperatures.

"We pushed to make sure people follow the rules and they have their licences and they are not shooting too many birds, that they are using steel shot - non-toxic shot - in their 12 gauge shotguns as required," Mr Rood said.

"Disappointingly in many regions not everyone was following the law and as a result they have had their guns seized and some of those people may actually end up in court."