A Northland beekeeper is still waiting for test results after losing 400 hives to suspected poisoning. 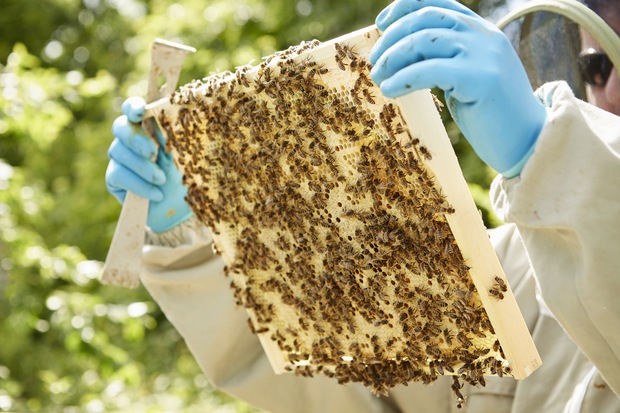 The Ministry for Primary Industries has ruled out the cause of death being an exotic pest, and is now testing the hives for poison.

David Yanke and his partner, Rachel Kearney, run Daykel Apiaries and breed queen bees for commercial sale at their property near Taipa.

Mr Yanke said, when he checked his hives on Easter Weekend, he found absolute chaos.

"As soon as I went into the yard and went to the first unit, I knew something was terribly wrong.

"The bees were just acting crazy and they were just boiling out of the top of the unit and falling onto the ground."

He had seen bees that had come into contact with spray before, and knew there was must be toxin involved, he said.

"We just closed up and thought we better go and check some of the bigger mating nucleus hives, and we went down there and it was just devastating.

"We walked into the yards and it was like a nuclear winter - there were no bees flying, and we could see in all the entrances dead bees piling up and each one to the next, it was the same thing, it was horrible."

After he decided a toxin must have been involved, he blocked up the entrance to the affected hives to stop other bees robbing honey and spreading the problem.

"The bees were coming to take advantage of the fact that they were unguarded and there was a huge risk of secondary poisoning, which had already started.

"It was a bit numbing, I mean we were losing so many colonies. The more I think about it, and as the fog clears from my mind, I'm pretty certain as to what happened."

Mr Yanke said the ministry's tests should identify the source of the problem by Monday.

He and his partner had been running their company for over 30 years, he said - and while the deaths would have an impact, he was hopeful the business would bounce back.

We've had lots of feedback on recent stories about New Zealand's bee industry. If you'd like to get in touch, please email us: ruralnews@radionz.co.nz