The drop in dairy milk prices is hitting rural vets, who are cutting costs and not replacing staff that leave. 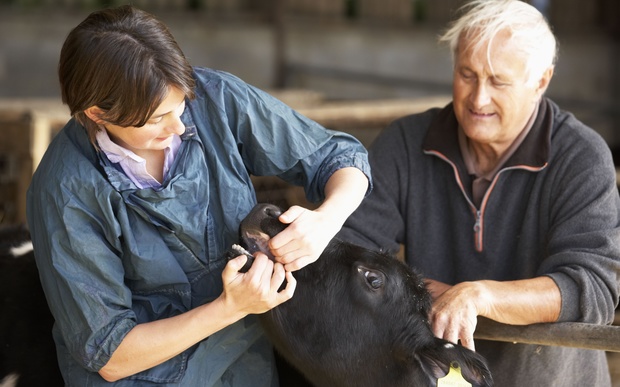 Society of Dairy Cattle Veterinarians spokesperson Neil MacPherson said there had been a dramatic fall in income for rural vets, and in spring some practices had a 25-30 percent reduction in income.

The fall was from dairy farmers cutting budgets, fewer lame cows than usual, and more cows being sent to the freezing works - leaving less sick stock on farms.

In the past two months, work had picked up, with farmers spending money on pregnancy scans for dairy cows, but Mr MacPherson expected it to drop off again.

"So we're definitely expecting a drop off autumn, winter and probably spring. Many practices aren't replacing staff as they leave and are cutting right back on their expenses.

"They've been looking at stripping printing costs, stationary costs, continuing education budgets for staff have been reduced - everything to phone costs and even donations to local charities and farming groups.

"It's very much a tight squeeze at the moment, and with no respite on the horizon - for at least 18 months or two years, is the outlook at the moment."

Farmers were trying to cut costs by calling vets less often than they had in the past, Dr MacPherson said.

"Cow values have dropped from $2500 a cow down to approximately $1400 and it may fall further, so if there's one sick cow and it's older they may decide not to call the vets and have the cow put down instead."

But vets had been through tough times before and could pull through again, Dr MacPherson said.

Tough time ahead for graduates

The New Zealand Veterinary Association said there was not enough work in New Zealand for the number of students graduating with veterinary science degrees.

Association president Caroline Robertson said recent graduates had been affected by the changes in the dairy industry and struggled to find jobs, so many had gone overseas to find work.

Most had moved to Australia, the US and Asia, Dr Robertson said.

"Our qualification is very well recognised overseas and so they are a very mobile market and they can work in a number of places," she said.

"But of course, for New Zealand Inc, this isn't very good - because we've lost a number of good people as a resource and whether or not they come back is yet to be seen.

"The same will be happening with dairy staff as well. There is going to be a loss of skilled people because of the need to reduce costs."

She said this would create a "lag" later on as the industry looked to recover skilled workers.