A $3000 fine imposed on a visiting Australian yacht skipper who tried to bring fruit, vegetables and meat into the country will not act as a deterrent, the horticulture industry says. 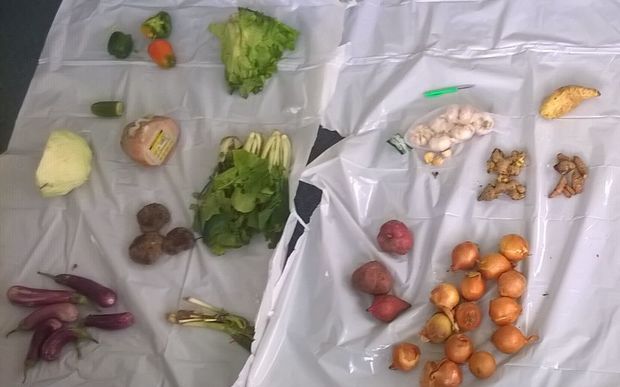 Some of the veges found on an Australian woman's yacht. Photo: Ministry for Primary Industries

Dianne Margaret Joy Young, 64, hid the food in her vessel instead of declaring it to a quarantine officer at Opua in the Bay of Islands in 2014.

Ms Young was fined $3000 when she appeared in the Kaikohe District Court this week.

"We need to send a message. We're putting at risk industries worth billions of dollars if we don't have a secure border and to get a secure border we need that enforcement position to work through the courts."

New Zealand's biosecurity worked well because it had good protection at the border but that needed to be backed up, Mr Chapman said.

"But when people flout it purposely they need to be punished so it sends a message to all other yachties around the Pacific so that if they come into New Zealand they have to declare properly and not hide."

Confiscating a boat would be a bit extreme but a stronger message than a $3000 fine needed to be sent, he said.