Border protection is being ramped up in an effort to stop more fruit flies entering the country, Minister for Primary Industries Nathan Guy says. 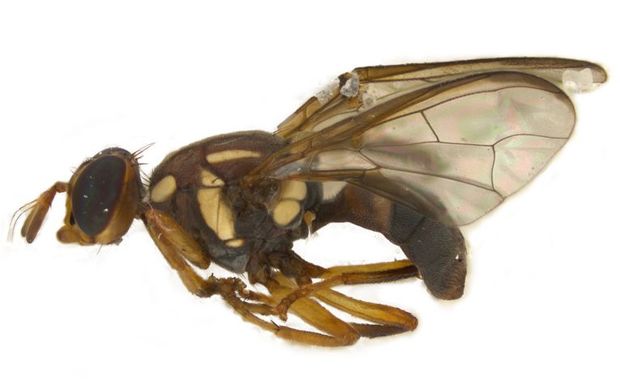 MPI believes it has eradicated the pest, 10 months after a small breeding population was found in the Auckland suburb of Grey Lynn.

No fruit fly has been since March, and restrictions on bringing produce into the area has been lifted.

The Queensland fruit fly probably got into New Zealand on illegally imported produce, the ministry said.

The government was taking steps to reduce the risk of infestations in the future.

"We're beefing up the import health standards, [and] we're bringing in the border levy which means passengers will pay when they come across the border, instead of taxpayers," Mr Guy said.

"That just means, with those increased volumes, that we will have the cash to do more on the front-line."

A new crop of sniffer dogs was also being trained.

"We've got very good procedures at the border, but you need to remember we've got 175,000 items that come across the border each day."

Horticulture New Zealand said the situation could have been much worse.

New Zealand's export reputation had not been damaged by the fruit fly scare because the situation was well handled, president Julian Raine said.

"We've been very open about it."

"We've kept our trading nations well informed, we've certainly tried to keep the New Zealand public well informed, and we've managed to eliminate it without being, hopefully, too imposing upon the general public and the normal commercial activities."

The tougher border protections would help stop more flies getting in, he said.

The lifting of the restrictions meant people could bring produce in and out of Grey Lynn freely.

That was good news to Nimesh Patel, who manages Foodworld in Grey Lynn.

Business took a huge hit when the restrictions came in, and it is yet to fully recover, Mr Patel said.

"Nearly there - we are trying our best to get our target.

"Maybe the customers can come back and make us happy, and we make them happy - that's a good life."