Fonterra is starting a shake-up of its board, but one critic says he is not impressed the directors themselves will carry out the review. 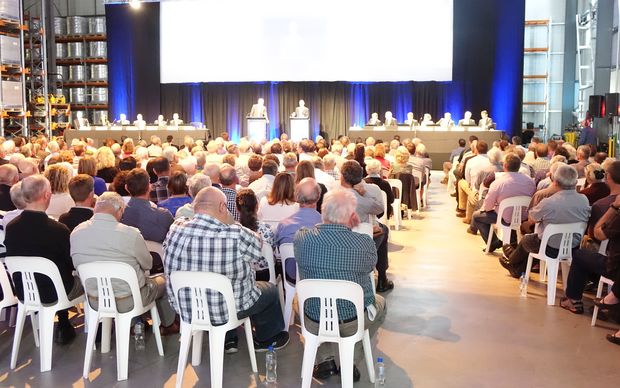 The dairy co-operative is calling on its 10,000 farmer-shareholders to have a say on how it is run.

Fonterra is reviewing its governance structure, saying it wants farmers to tell it what they expect from the cooperative's board of directors.

The board currently has 13 directors - nine of whom have direct farming knowledge.

Fonterra said it was important to have a few independent directors with international business experience.

The review was sparked last year when two former directors called for a slimmed down board.

But its discussion document does not mention the possibility of any cuts or change to the makeup of nine directors elected by farmers, and four independents.

Northland farmer Greg Gent has led attempts to cut the board membership.

He says those conducting the review - the directors and Fonterra Shareholders' Council members - were all conflicted by the prospect of any reduction in their own numbers.

The shareholders council last year rejected a proposal to reduce the board.

"It looks like there is a lack of independence, well, there is no independence. It's not ideal, all those parties are very conflicted. They do mention independence later in the process, but of course the die tends to be cast at that point."

Mr Gent said a board as big as Fonterra's was almost unheard of in Australasia, as it became cumbersome and slow.

"You've just got to envisage sitting around a table 13 directors - and you'll normally have your chief executive and your chief financial officer - so that's 15. Just think of debating anything in a group of 15. I think most of us who have had experience of that would probably think half that number would be more efficient."

Mr Gent is calling for the board to be reduced to nine, made up of six elected directors and three appointed directors. But he said it should ultimately come down to skill.

"Today, many farmers aren't the traditional farmer that we knew 20 years ago. Fonterra's business has changed and so have farmers.

"There's many land owners, dairy farmers, that have a wide range of skills so, it's more around looking at what skills you need, rather than where someone's come from."

Fonterra wants to put the new proposals to shareholders in May.