Canterbury Regional Council is investigating whether to prosecute landowners who have taken more water than they are allowed. 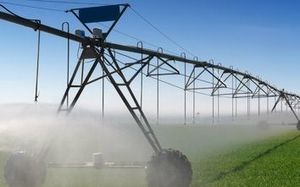 Farmers and landowners who take water from wells, bores, rivers and streams must have permits and are required to file annual water reports to the council.

He said the council was considering prosecuting a small number of people but in some cases it was a matter of incomplete data.

"I doubt that there's much raw greed here... There's a couple of cases that we're considering taking to prosecution, so that's a couple out of - in Canterbury's case we're looking at 5000 farms, 4000 water takes - a very large number of people.

"Most of the other instances of non-compliance are probably issues where something has gone wrong with the meter; we haven't got the data we were expecting and supposed to get.

"We will be following those up. We are in the process of following them up - if that hasn't happened already - just to work out what the problem is and make sure that people give us the information that they need to."

Those facing prosecution used a considerable amount of water over their allocation, he said.

"The volumes that were used were significantly more: 30-40 percent more than their limit allowed, and we're not prepared to ignore a margin like that - not least because neighbours will have complied with their obligation."

Mr Caygill said the council would be enforcing restrictions on water permits, including management restrictions, minimum flows and annual volumes.

He said most lowland and hill-fed rivers would be on restrictions for many months this season.