An apple orchardist has lost about a third of his crop in the devastating hail storm that struck the Tasman region yesterday. 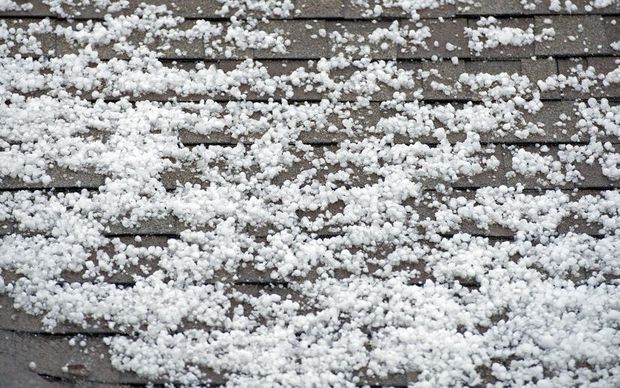 Hailstones as big as golf balls fell on the Tasman coast from Mapua to Riwaka from 7pm, before hitting Motueka and the Lower Moutere valley.

Mr Easton said he had probably lost the entire crop from his apple orchard at Mariri.

"The storm was so bad it shredded leaves," he said.

"The hail that hit our orchard at Mariri lasted just a few minutes, but long enough to do some real damage. It blew in with a howling easterly and hammered into the trees. It's pretty soul destroying."

Mr Easton said most of the fruit in the Mariri orchard would go to processing.

"I don't think there is any chance of salvaging anything there. Our orchard at Lower Moutere looks like it's dodged a bullet; there may be only a hectare with slight damage - and another one of our orchards closer to Mapua has probably got 20-30 percent damage which I think we'll just thin through."

"It's going to be difficult but we'll get some salvage out of it. There'll be less fruit going to markets offshore out of Nelson this year, that's for sure."

The damage to fruit around Motueka was likely to be far worse than the destruction caused by a hail storm that hit the region in November last year, Mr Easton said.

"I thought last year was a once in a lifetime event but this storm is going to have more of an effect because it's come later and a lot of us have already gone through and thinned a lot of fruit off the trees."

He said because farmers had spent most of their money on pruning and spraying to get the crop to this stage, it would have a greater financial effect on a lot of growers.

"We have got a little bit of insurance, so that will soften the blow, but we're still going to be out of pocket."