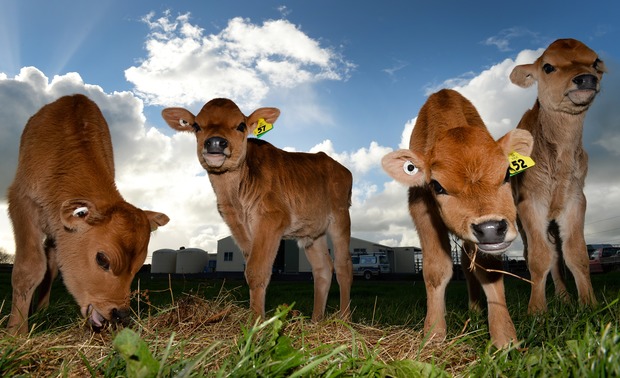 Animal welfare group Save Animals From Exploitation (SAFE) captured video footage from 12 Waikato dairy farms and a slaughterhouse in August that showed calves being held in roadside crates, being thrown on to trucks and, in one case, being kicked and bashed before their throats were slit.

Federated Farmers dairy chairman Andrew Hoggard, a Fonterra supplier based in Manawatu, said Fonterra and Open Country Dairy needed to tighten up the rules in their supplier handbooks.

The booklets refered to making sure dead bobby calves were not visible from the road, which could be mis-read, Mr Hoggard said.

"I think we probably do need to change that wording and specify more actions around [how] they're to be kept and some of the stuff that's inherent in the code of animal welfare, just to really emphasis that point."

The way the rules were written gave the impression farmers cared only about keeping it out of sight, he said.

Mr Hoggard said the farms in SAFE's material needed to lift their standards, as the rest of the industry had.

"The industry practices have moved on...the little crate beside the road that may have been the thing 20 years ago when you had one or two calves to pick up from each farm," he said.

"Things have changed now, there's more calves, the public's more sensitive to this...our customers expect a higher quality and we've got to deliver that. By a few farmers taking short cuts, it puts the livelihoods of all the rest of us at risk."

The petfood slaughter house in SAFE's footage said the employee seen bashing calves and throwing them no longer worked there.

An investigation was immediately launched after seeing video footage of bobby calves being mistreated before they were killed, Ministry for Primary Industries (MPI) director general Scott Gallacher said.

MPI could not discuss the investigation because it might prejudice the outcome, Mr Gallacher said.

Kicking and hitting animals was unacceptable and using blunt force to euthanise calves was against the law, except in emergency situations, he said.