AgResearch has confirmed it is talking to staff this week about possibly axing science jobs. 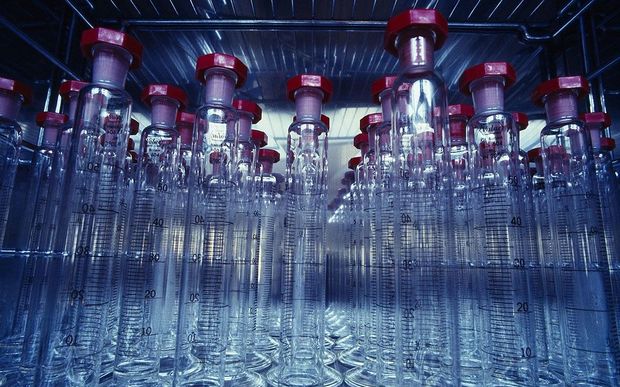 Dozens of AgResearch science staff may be made redundant. Photo: PHOTO NZ

AgResearch says it will be making no further comment until it has spoken to staff.

Waikato University agribusiness professor Jacqueline Rowarth said she had also heard redundancy announcements were imminent, and whispers that 20 percent of science staff would be axed.

"I thought it was actually over 80 that they were laying off," said Ms Rowarth. "And the challenge with understanding what they mean by science staff is, are they actually scientists with PhDs, are they the researchers in general or are they technical people doing that valuable work supporting the scientists?"

There was a lot of "smoke and mirrors", she said.

"Of course, AgResearch has said it will neither confirm nor deny what's going on until they have talked to the people, and of course the people concerned should be the first to know."

Ms Rowarth understood AgResearch managers carried out engagement surveys on a relatively regular basis and the results were terrible.

"This is a major concern for a group that is supposed to be pushing back the frontiers of science," she said.

"What I would generally say with scientists is that while I hear AgResearch scientists are not engaged with AgResearch, you bet they are engaged with their own work and trying to push back the frontiers of agricultural science for the benefit of New Zealand."

Mr Key said the government remained a big supporter of the sector, including agriscience.

Former AgResarch director Dr Jock Allison said the organisation was being forced to cut jobs because it had run out of money.

He said he understood up to 90 jobs were affected.

Dr Allison said the cuts were necessary, because the organisation was caught in an ever-diminishing circle.