The Chinese owner of Crafar Farms has won an award for turning the business around using New Zealand management, labour, skills.

Shanghai Pengxin bought Crafar Farms in 2012 for more than $200 million.

Gary Romano, chief executive of Pengxin International, said the award was recognition for how they had run the farms.

Shanghai Pengxin's purchase of the farms was controversial - but Mr Romano believed it had been good for New Zealand.

"Look, as a New Zealander, I did think to myself, am I doing something that's good for New Zealand as well as my company?

"After speaking to a number of economists and thinking clearly through this I've come to the view that there is absolutely no downside to foreign investment.

"I think some of the things that the Overseas Investment Office does are very correct. 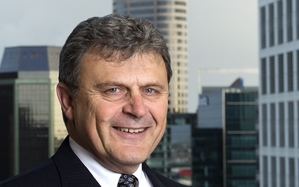 "So, things like making sure there's been no money laundering, the right amount of taxes have been paid, people of good character, and that we've paid a fair price for the assets in a contestable process - all those things are very, very useful for New Zealand."

He said once those tests had been passed, such investment provided oxygen for the economy.