Test results have revealed that herbicide-tolerant swedes planted as stock feed have unnaturally high levels of toxins that cause liver damage in livestock.

However, the working group investigating the deaths of 400 cows and sheep last winter in Southland is not commenting.

The test results have raised questions as to why farmers have been allowed to plant the crop again this season.

Documents obtained by Radio New Zealand show the Southland Swedes Working Group was told in October there was a problem with the herbicide-tolerant swedes.

It was told that the leaves of herbicide-tolerant swedes had levels of glucosinolates, which are toxic to cattle, up to 16 times higher than in a natural plant.

The herbicide-tolerant swede leaves had glucosinolate levels of up to 16 milligrams per kilo and the bulbs up to four milligrams. The working group was told those levels "certainly indicate problems" with the crop.

Natural brassica varieties have glucosinolate levels of one milligram per kilo. 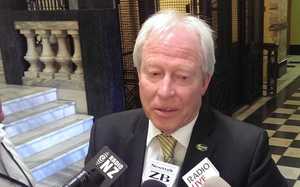 "This product should have been withdrawn immediately. The products should not be on the shelves until it's seriously understood why the effects are different than other swedes," he said.

After the spate of stock deaths in Southland, the Ministry for Primary Industries (MPI) informed government ministers that most of the stock deaths were related to PGG Wrightson's HT Swedes.

It said the herbicide-tolerant swedes were created by chemical mutation, which it said was not considered to be genetic modification, and that the swedes were tolerant to the herbicide chlorsulfuron, which was recently banned in China. 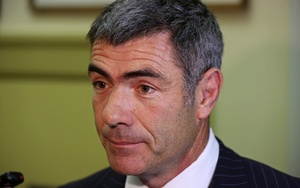 Primary Industries Minister Nathan Guy said the working group investigating the deaths must be allowed to publish its farmer survey before any conclusions were reached.

"These swede products have been used for three years previous to last season, and there had been no issues," he said.

"So it was a very unusual season in Southland. It's my understanding these swedes grew very very quickly, they went to seed earlier than normal, so that's where we need to get the survey data, analyse it and then put that out for everyone to see."

The investigation needed to be based on science, not what people may or may not think, Mr Guy said.

Members of the Southland Swedes Working Group, including representatives from MPI, Federated Farmers and Dairy NZ, declined to be interviewed about the toxin test results.

The working group is due to publish a farmer survey report later this month.