The forthcoming results of a farmer survey are expected to give further insight into why cows died after eating toxic swedes in Southland. 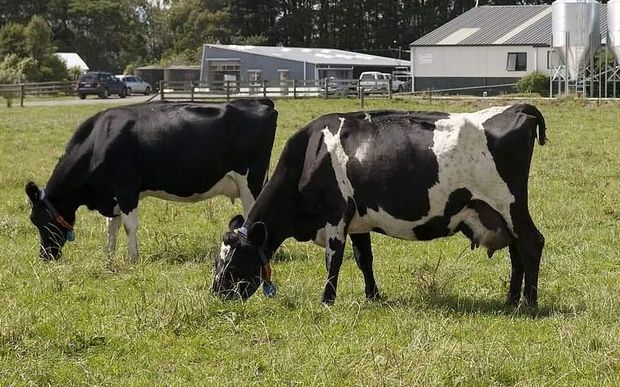 DairyNZ's analysis of the blood and autopsy samples it took from the poisoned cows showed the animals suffered liver damage after eating the swedes.

The dairy industry body also carried out a farmer survey, which it hoped would shed light on whether farming practices could have been a contributing factor.

Dairy NZ interviewed and surveyed more than 500 farmers and graziers in relation to the deaths of hundreds of cows in Southland last year.

The results were expected to be released at the end of May.

Connections had been drawn between a higher than usual leaf growth as a result of a mild winter last year and higher levels of glucosinolates in the turnips, which may have poisoned the cows.

Mr Kyte said the analysis of the plant material samples taken from Southland swede crops took longer than expected because of delays in getting the necessary testing equipment from overseas.

He said the survey, combined with plant analysis of the swedes, was designed to paint a wider picture of the situation.

"That plant analysis that we are doing, we're looking for specific issues with the plant but we really need the bigger picture which is why we've done the farmer survey.

"It covers how cows were fed swedes or transitioned onto swedes during the winter, then again off them and between crops and we also need to know the way the plants were grown to see whether there was anything that correlates amongst that data."

As dairy farmers prepare to dry off cows and move them onto winter feed, DairyNZ is warning farmers in the region to monitor the health of their herds.