Bee scientists have been left baffled by the disappearance of thousands of honey bees from hives last spring, and say unless it happens again, it remains a mystery as to what caused it. 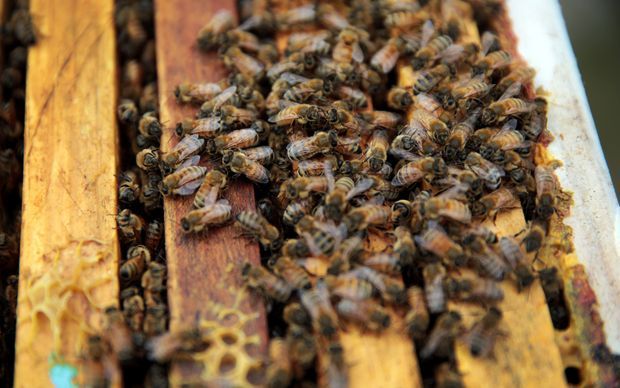 He said bees usually rebuilt their colonies in spring after winter, however, large numbers of bees were disappearing from hives in the Coromandel, Raglan and Wairarapa areas.

"So instead of having a queen and a lot of brood - that's larvae and pupa - and about 30 or 40,000 bees, when the bee keeper came back a few weeks later ... suddenly there were no bees there at all, there was a queen and about a hand full of bees and everybody else had gone. And we saw that in whole apiaries and between apiaries and then we were getting reports from beekeepers elsewhere in the North Island that were noticing very similar things."

Dr Goodwin said it had left him, bee keepers, and the Ministry for Primary Industries which was also trying to work out what happened, scratching their heads.

"For 25,000 bees to leave a hive and go somewhere else is usually a symptom of a disease of some description and when a colony dies of varroa, the reason the varroa kills the bees is that it spreads viruses from bee to bee and then the typical behaviour of a bee that's sick is that it flies away some where and dies ... but when you get a large number of bees disappearing, in this case nearly everything, it suggests they're all sick for some reason and have decided to go out and die some where else."

Dr Goodwin said a relatively new disease to affect New Zealand honey bees, nosema ceranae, could be the cause.

"It's a gut parasite that has jumped species from another species of Asian bee and some how found its way to New Zealand and it was located first off in the same sorts of locations in the Coromandel where most of these bee losses had been occurring, so it's tempting to think that there's a relationship between them and when we got bees tested, they came back with high levels of this gut parasite, but they also came back with high levels of viruses as well, so what's cause and effect here we don't know."