Fonterra's farmer suppliers are disappointed that it has lowered its dividend forecast for the season. 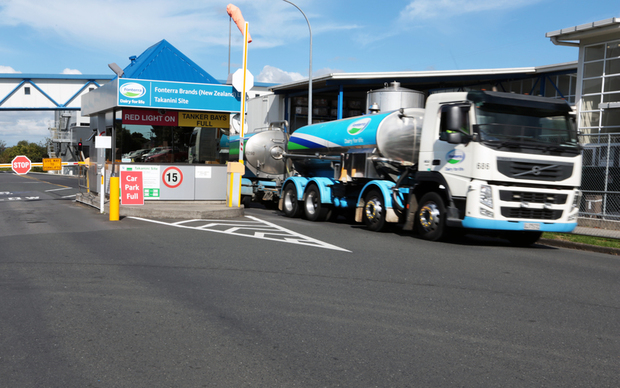 The co-operative is holding its farmgate milk price at $4.70 a kilo of milk solids.

But it has trimmed its dividend range back to 20 to 30 cents a share, effectively cutting farmers' expected cash payments for the season by 5 cents a kilo.

The chair of the Shareholders Council representing Fonterra's farmer suppliers, Ian Brown, said given the low milk payout this season, farmers were expecting the co-op to deliver a higher dividend to compensate.

Fonterra chairman John Wilson acknowledges that, but he said an extraordinary combination of market factors had got in the way.

One of those is the mixed results from the value added end of the business in consumer and food service products.

"Some of our markets have done well, so the consumer-food service business in South East Asia, China, some of our key markets, has gone well, particularly from milk that's exported out of New Zealand."

"The reality is, because of the volatility that we're getting, other important markets, such as Chile and Brazil in Latin America, where the domestic price for milk is a lot higher, so not impacted by the global milk prices to the same extent, that (profit) margin has been held fairly tight in those countries, and we are still having some challenges in Australia," said Mr Wilson.