Fonterra has predicted that it could be the middle of next year before international dairy prices start to recover. 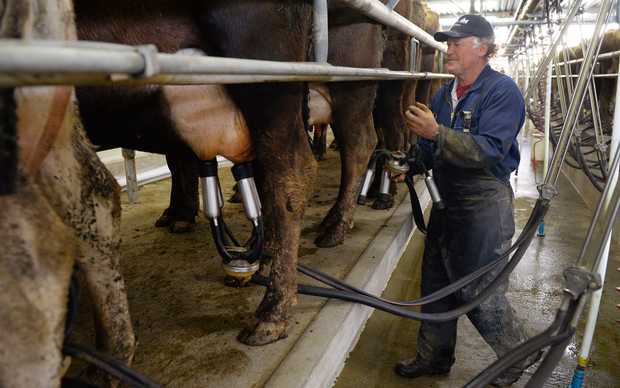 Fonterra has reduced its forecast milk payout to farmers from $5.30 to $4.70 a kilo of milk solids. Photo: AFP

The dairy co-operative, as predicted, has reduced its forecast milk payout to farmers by another 60 cents, from $5.30 to $4.70 a kilo of milk solids.

But Fonterra is staying with its dividend range of 25 to 35 cents a share, which would give farmers a total cash payment for the season of $4.95 to $5.05.

It is the third time Fonterra has lowered its farmgate milk price since the opening forecast of $7 a kilogram, announced in June.

Fonterra chairman John Wilson said the reason for the price drop is that global milk supply was greater than demand.

"In our $5.30 farmgate milk price, we had been anticipating a lift starting to occur in prices over this period. We haven't seen evidence of that due to the on going increase in global production," he said.

"Farmers have had a high price over the last 12 months and good weather conditions, and what we're seeing in Europe and the US is that domestic prices are still a lot higher than the global price. And so farmers are still intensifying milk production in those countries and so that is creating more supply. And on top of that, as we know, there was a build up of whole milk powder stocks particularly in one market, China.

"We do see those coming down and we do anticipate that buying will start and come back to more normal levels before too long. It is our anticipation that prices will come back up to that US$3500 level for whole milk powder over the winter." 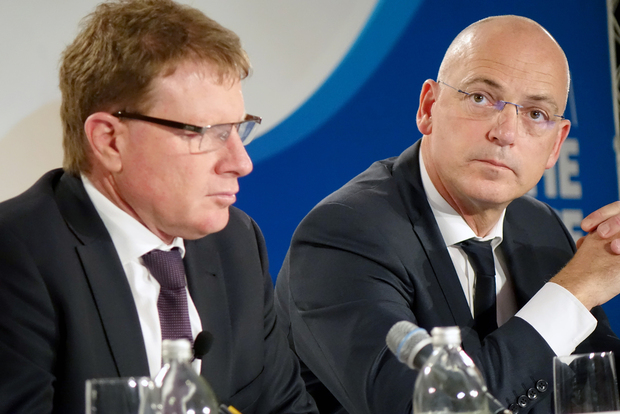 'We hope things will pick up'

Although the drop was largely expected, it has been yet another blow for dairy farmers - many of whom will be struggling to balance the books at the end of a challenging year.

Federated Farmers Otago president Stephen Korteweg, a dairy farmer and Fonterra supplier, said he could not remember things being this bad in a long time, and it could be putting people off entering the industry.

"If they were still looking at making a career of it and that's what you're wanting to do, and had intended to do, you play more of a five year average. If you just wanted to duck in and make a bob then I suppose you'd probably think twice about it," he said.

"We've had things like this before but not this big a drop. When you go from an $8.40 payout one year to now looking at a $4.70 the next, naturally that's pretty hard to make anything work around that. We hope things will pick up, I suppose you've got to keep thinking that way, but certainly in the interim, it's not going to be easy."

Mr Korteweg said he felt most for farmers in Southland who have had poor weather recently to add to their woes, and that the $4 advance milk payment that farmers would get from Fonterra would not be enough.

"Four dollars ... does that help? Not really. It's certainly going to be a challenging time particularly for new entrants into farming."

Fonterra has acknowledged that the significantly reduced payout was going to be challenging for its farmer suppliers and their cash flows. But it said it would be doing what it could to help.

Mr Wilson said that would include delaying a reduction in the advance payment to farmers that would normally accompany a drop in the forecast milk price.

"So we're actually holding the advance rate for the next month, to give farmers time to react. The current rate is $4, so we're going to hold that for the December milk, paid in January and then we'll lower it to $3.85," he said.

"At that point the capacity adjustment that's paid to farmers comes in. That's another 52 cents, so the February payment will be $4.37. But it will be over the winter period, when over the last two seasons there's been quite significant payments that have been made - this year they'll be a lot lower."

Fonterra chief executive Theo Spierings said Fonterra would also be tightening its belt on spending where it could and looking at ways to generate more cash to support farmers.

Federated Farmers dairy chair Andrew Hoggard said farmers carrying very high levels of debt and new entrants to the dairy industry would be hardest hit by the milk price drop, and would need help from their banks to get through.

"You know the banks are being pretty reasonable this time round and hopefully will continue to be. My hope is that the banks will manage people through, especially the new entrants that have come into the industry this year, though in my mind, those new entrant share milkers will be the most vulnerable," he said.

"They've basically had no income from last season, they've got all the debt, they've bought all their stock and equipment at a time when payouts were highest and they would have paid higher prices."

Mr Hoggard said established dairy farmers have the flow-on benefits of last season's record payout and the latest milk price drop would start to hit them by the middle of next year.