Federated Farmers denial that it called for a moratorium on dairy conversions in the Waikato region hasn't discouraged the Green Party, which supports the idea anyway. 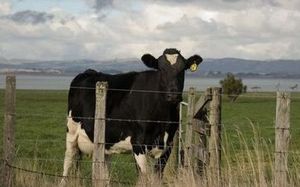 Federated Farmers says comments made by its Waikato provincial president last week about a moratorium were taken out of context.

However, the Green Party says it's a discussion that needs to be had, and is calling for the brakes to be put on further large scale dairy development in southern Waikato.

Federated Farmers Waikato president, Chris Lewis, said he called for a discussion on the pros and cons of a moratorium at a provincial meeting, following concerns from farmers around the allocation of resources.

He said those comments were reported in the media and then picked up by the Green Party and Fish and Game, who took them out of context by supporting a call for a moratorium.

Green Party's water spokesperson Catherine Delahunty said the party was nevertheless keen to discuss a moratorium with dairy farmers and wanted the Government to come on board too.

She said state-owned enterprise Landcorp should to stop further dairy conversions on former forestry land in the upper Waikato catchment because of the risk of polluting waterways.