The country's largest farmer, Landcorp, says a record dairy season had a big hand in Landcorp's greatly improved financial result for the past year. 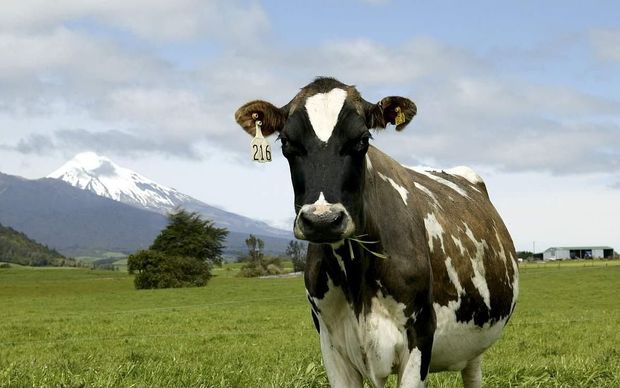 The state-owned enterprise owns or manages 137 farms and more than doubled its net operating profit to $30 million.

"Obviously we've had a very good year from the milk price perspective, which has contributed significantly to our dairy business. And with our expansion in the central North Island and in Canterbury, our overall volume of milk production has risen fairly considerably over last year.

"In our livestock business we've had a good year as well, on the back of some strong lamb and beef prices and on-going productívity improvements."

Mr Carden said Landcorp had also anticipated and planned for the drop in dairy incomes this season with some cost-cutting and efficiency improvements.

While Landcorp's net operating profit more than doubled, its costs also increased - up by 15 percent to more than $200 million.

Mr Carden said that mainly related to expanding its dairy farming operations, including its partnership with the Chinese owner of the former Crafar farms, Shanghai Pengxin.

"That added a whole lot of additional cost under that sharemilking arrangement," he said.

"We also rolled out three new dairy farms around the Wairaki pastoral development, in the central North Island, and have continued to expand our Canterbury-based dairy conversion programme, with another dairy farm coming out on stream down there during the period."

"We've taken advantages I think a lot of people would have, of higher dairy prices, but have done that in an opportunistic fashion, rather than fundamentally changing the farming systems we're running across our farms."

Landcorp will pay an increased dividend of $7 million to its sole shareholder, the Crown, up from $5 million the previous year.

Mr Carden conceded it was a modest increase but said Landcorp was taking a conservative approach, in view of the level of debt it still has and the outlook for this year.

"We continue to expand with the central North Island investment, that is putting a fair bit of pressure on our balance sheet and so with a bit of uncertainty, particularly this year around the milk price and the prospects for that uncertainty to continue for a while, we're just taking a relatively conservative approach."

"I think the Government would always be happy with more dividend, like any shareholder, but I think they understand that in terms of the risk-return profile of our business, a more conservative approach towards our balance sheet is one they're comfortable with".