The owner of Mohaka Rafting, Norm Brown, is concerned the new owners of Lochinver Station in Northern Hawke's Bay have said they will convert some of the farm into an intensive dairying operation.

Lochinver Station is being sold to Shanghai Pengxin in a $70 million deal which still requires the approval of the Overseas Investment Commission (OIC).

The Chinese company has been reported as saying it intends to convert part of 14,000 hectare farm to dairy. 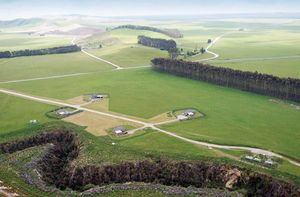 Mr Brown said the Mohaka River is used by rafting companies, kayakers, fishers and school groups and converting the surrounding farmland to dairying could have a disastrous impact on these activities.

The Mohaka River and tributaries originate from springs on Lochinver Station and run through parts of the farm.

Mr Brown said twelve years ago, effluent from dairy farms overflowed into a tributary of the Mohaka turning it green and slimey.

He said the river has since been cleaned, but now there is uncertainty about how long that will last if an intensive dairy operation starts.

Mr Brown said dairy operations need a lot of water and if the new owners of Lochinver Station start taking water out of the Mohaka, or its tributaries, the river level could fall to the point that businesses such as his cannot operate.

Mr Wilson said the council is also doing a study of the aquifers in the region to understand what impact intensive farming may have on them.

Ms Adams said the project should reduce debate on what outstanding means for communities involved in regional freshwater planning.

Mr Brown said a moratorium should be put in place on conversion to dairy and water consents until the status of the river has been clarified.