The supreme winners in this year's New Zealand Cheese awards have more than just top cheese-making skills in common - they're all Dutch. 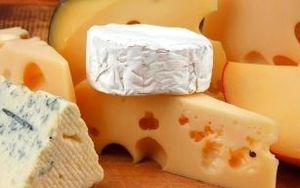 More than 470 specialty cheese, yogurts and butters entered the competition and were judged by more than 30 dairy connoisseurs over the weekend.

The winners were announced at a ceremony in Auckland last night.

The Champion of Champions Cheese Award for large scale producers went to Very Old Edam, made by Mahoe Farmhouse Cheese in the Bay of Islands.

The best artisan cheese went to Mercer Cheese for its Mercer Mature Cumin.

And the country's top cheese maker is Miel Meyer, of Meyer Gouda Cheese.

Master judge Russel Smith said it was the third consecutive year that Dutch-style cheese makers had scooped the top honours, and there was a reason for it.

"New Zealand's very fortunate that when Dutch immigration happened that there were a few cheese making families arrived who already had incredible skill levels in making them and many of these have now passed those on to their children.

"So we're now looking at second generation and if you've grown up in the cheese factory with your hands in the vat from age seven or eight you really have, I think, a huge advantage because you have just a feel for the cheese, it's like it's in your blood."

Mr Smith said butter and yoghurt categories were introduced this year, marking their importance in the country's dairy products.