A move by the Government to increase food safety fees has left a bitter taste for a small-scale artisan cheese maker near Eketahuna. 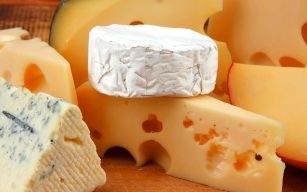 She produced about 700 kilograms of milk solids each year, but she said she had to pay the same annual fee to the Government as companies who produced hundreds of thousands of kilograms.

Biddy Fraser-Davies has been fighting the cost of the fees for almost six years and said a further proposed increase was unfair for small-scale cheese makers.

"They are proposing to raise this level to 419,000 and consequently, of course, that gives them an excuse to raise the fee which is going to be $930 a year.

"And I rather resent having to pay $930 a year for 419,000 kg of milk solids, mind you, if I could get that from four cows, goodness me they'd be calling me a genius wouldn't they," he said.