New research has found that animal pests such as possums and deer may be helping to spread wilding pines through the country. 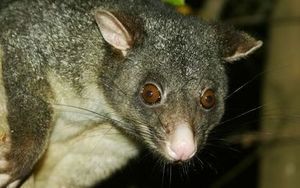 Unwanted conifers have been spreading out of control through large parts of the landscape, including the Marlborough Sounds, the South Island high country and central North Island.

They have now invaded more than 1.5 million hectares of land.

Landcare Research scientists have discovered a possible link between the conifer invasion and wild animals, which feed on fungi essential to trees' growth.

Jamie Wood, who led the study, said they had found deer and possums were spreading the fungi in their droppings.

"It's quite a complex set of interactions going on, basically what you have on the roots of these invasive pines are what's called ectomycorrhizal fungi and basically the trees need them to get enough nutrients from the soil, so the trees can survive with out the fungi but they don't do very well at all, they'll just sit there not really growing and looking quite sickly, so they really need the fungi to survive.

"So the question is, how does the fungi spread around the landscape? We looked around the world and noticed that quite a few studies had found that animals actually spread these fungi round, so we set up motion sensor cameras beside mushrooms of some of these fungi and we saw that both deer and possums were coming along and eating the mushrooms of these fungi. We then wanted to know whether the spores could be dispersed by these animals."

Dr Wood said they were able to complete the link in the laboratory by confirming that spores of the fungi in deer and possum droppings could be transferred to pine and fir seedlings.

He said the next step was to find out how commonly this occurred out in the field.