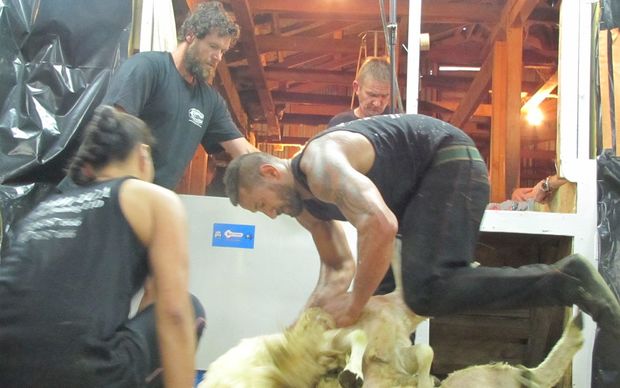 He managed to shear 530 finewooled merino ewes in nine hours at Parkdale Stud, about 40 kilometres northwest of Dubbo in New South Wales, on Friday.

He beat the previous record of 513 ewes, set by New Zealand-born Dwayne Black, in Western Australia, 10 years ago.

Late last month he attempted the world's solo nine-hours strongwool record of 721 ewes, but abandoned it when the target had slipped out of reach by lunchtime.