New Zealand is not the only country trying to drive down the number of people killed in quad bike accidents - Australia is making a push, too. 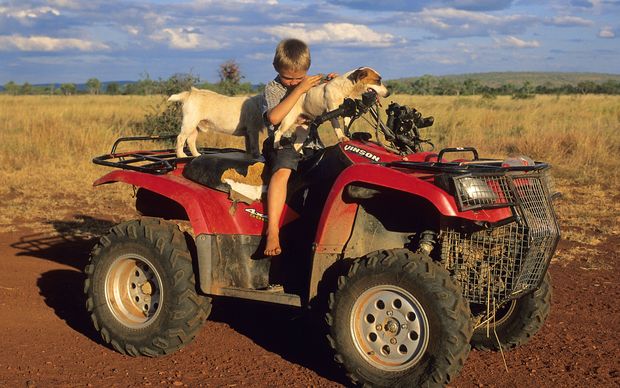 In New Zealand, WorkSafe has highlighted the agricultural sector's high accident rates, saying it was one of the worst industries in terms of health and safety. The sector claimed 20 lives in 2013, half of which were quad bike or tractor accidents.

In Australia, quad bikes overtook tractors as the most dangerous piece of farm equipment in Australia this year.

But new research from the James Cook University in Queensland showed farmers in Australia were confused about quad bike safety and many did not know who to ask about the dangers of the bikes or how to reduce them.

Mt Isa Centre for Rural and Remote Health Professor director Sabina Knight said many farmers thought quad bikes were safer to use on the farm than horses or two-wheel motorbikes.

"Their perceptions were that quad bikes were very safe, you could probably put your least experienced jack-a-roo on a quad bike because you can just step aboard and ride away and if they, you know, advise them to go nice and steady, don't go to fast, they would be safe.

"So the perception was that if you had a serious accident that it was a terrible accident not something that could be prevented, was common."

Prof Knight said the study also found attitudes of retailers and manufacturers were powerful influencers for people buying quad bikes, but many farmers got conflicting safety advice from them.

She said there was a lot of safety information out there, but farmers did not always know who to ask to make an informed decision.

"And the information wasn't easily available and retailers were often saying to purchasers you can't put crush protection devices on the bikes because you're inherently changing the design and therefore the manufactures won't support you with warranties, but at the same time they were mounting spray tanks and other things on so you can see there was conflicting advice occurring all the time."

She said a national independent safety rating website for quad bikes was being created.