A farm financier does not expect the significant drop in the forecast milk payout to take the heat out of ever-increasing dairy farm prices.

Real estate figures show that prices paid for dairy farms continue to rise. Last month, $5.8 million was paid for a 60-hectare property in central Waikato - believed to be a record - working out to be $97,000 per hectare and including dairy company shares. 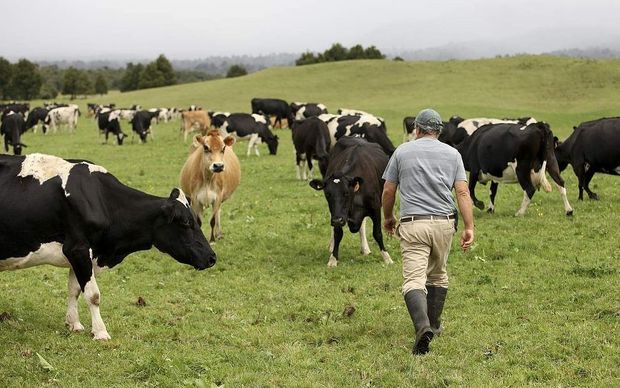 A slide in whole milk powder prices due to an international glut is what has forced Fonterra to slash its forecast milk payout to farmers again from $5.30 to $4.70 per kilo of milk solids. Last season was a record $8.40 per kilo.

Although the latest auction saw the key price for Fonterra, that of whole milk powder, rise slightly by $US41 dollars to $US2270.

"Some of those more, I guess, record prices - they've been on smaller properties that's been bought by neighbours, so then the prices have been averaged out.

"The other part I think you've got to look at is, you know the majority of people that are purchasing in rural are purchasing with a long-term view in mind, so I guess from that perspective the economics are positive.

"Sometimes you'll see a syndicate get together - three or four operators get together or a few families ... it just depends on the size of the property and its location.

"You're still seeing a lot of what I would call traditional New Zealand farmers purchasing single units ... a property comes up in the area or next door."

"Well I guess they've done their numbers and the banks are probably doing their numbers and I think we've got to think long - not short. You know this will be temporary and if you think long, then maybe you know land prices will continue much as they are.

"Looking back in history, when there's been these low points on the payout farms have just kind of stopped selling, but they haven't really dropped substantially in value probably over the last 40 to 50 years.

"It's straight supply and demand. New Zealand's had a lot of land bought up by foreign investors, the Kiwis also want to own the farm land, everyone wants to own farm land - it's hard to find a better investment."

Meanwhile, the latest figures from the Real Estate Institute show a drop in the number of farm sales, but prices continuing to climb.

Forty fewer farms of all types were sold in the past three months, compared with the previous three-month period ending in October. The number of sales was also down on a year ago.

However, the median price of more than $29,000 per hectare was 24 percent higher than the price a year ago, and was also up on the previous three months.