The Primary Industries Minister has acknowledged the changes Fonterra has made to improve its food safety procedures since last year's botulism false alarm. 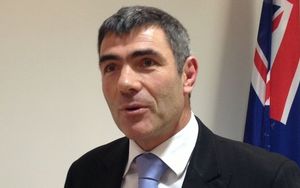 The final report from the independent inquiry the Government ordered into the incident is highly critical of the way Fonterra handled what it thought was a case of contaminated whey protein concentrate.

It also points the finger at the Ministry for Primary Industries for its lack of a coherent crisis plan and other aspects of its response.

Among its criticisms of the dairy co-operative are the delay in the time it took to alert the ministry and its customers.

The inquiry team said it was puzzled at Fonterra's apparent lack of trust in the way the ministry would respond to the botulism alert.

The Minister Nathan Guy said though, MPI showed that it does act responsibly.

"They stood up a response very quickly, when they were alerted to the facts and told that it was Clostridium botulinum, which is a very harmful bacteria toxin, particularly to babies and human health. They responded accordingly."

"I would say that as the biggest Government regulator, MPI has a very strong working relationship with Fonterra. I've seen that strengthen. Fonterra in my view has changed in the last 12 to 15 months and it's hugely important to acknowledge that," said Mr Guy.

Fonterra acknowledged there were things it did not do right in the way it responded to the contamination alert.

But the managing director for people culture and strategy Maury Leyland said the report also recognised the progress Fonterra had made since the contamination alert and the product recall.

"One of the recommendations that we've been working on since last year, is around our crisis response, so we have an incident management team in place as we've had for 12 months now."

"They've been working to ensure that our systems are truly world class and our capability across the whole company is prepared and ready, and since that recommendation, we've conducted a full group level crisis simulation once in May then a second crisis simulation in November, just three weeks ago. So we've had external observers at those and we've seen a huge jump in our capability," said Mr Leyland.