Weeks of persistent wind with little rain are putting farmers on edge in eastern areas of the country, from Gisborne to Canterbury.

Federated Farmers Gisborne Wairoa president Sandra Faulkner said soil moisture levels in that region were well down on normal for the time of year.

"We've had record high temperatures during October and November on certain days. Probably not as severely windy as further down the East Coast, but just the heat has been quite remarkable."

"I don't think I've heard of farmers ... selling stock that they wouldn't ordinarily be selling at this time of year, but they're certainly keeping a watching brief," she said. 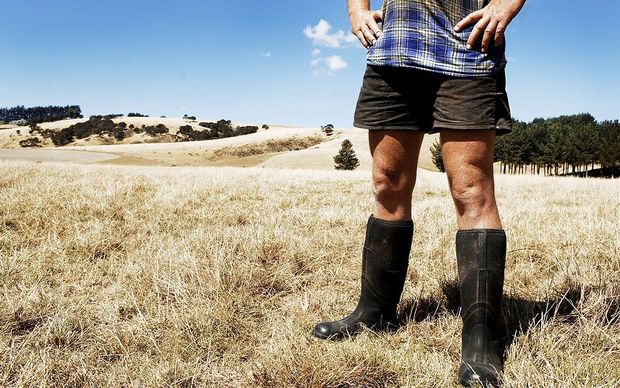 Hawke's Bay's farmer president Will Foley said six weeks of constant wind after a colder than normal spring had dried out conditions a month earlier than usual and that had hit the demand at stock sales, especially for sheep.

"We've seen good prices with cattle at the meat works so there's still good demand for cattle, but where we've really seen the impact in the last week has been sheep sales, and lambs in particular, have really taken a hit, as farmers are probably just being cautious and looking for that rain before they take on more stock."

Canterbury farmers are used to moisture-sapping north-westerlies at this time of year, but North Canterbury Federated Farmers president Lynda Murchison said this spring had been the worst in six to seven years, and the dry conditions were forcing farmers to sell off stock earlier than usual.

"We're certainly feeling it a wee bit, so we've had a lot of dryland farmers selling off their lambs as store lambs, rather than taking them through to finishing, and we have had reports that lucerne crops are down 30 to 50 percent of the normal yield.

"We've also had quite a lot of damage done to barley crops, because when the weather has swung round to the south, often we have been getting some hail storms, thunder and lightning and of course that's damaged the barley crops."

In contrast, a wet winter, less sunlight and cooler temperatures are being blamed for hampering potato crops and creating a shortage of the vegetable.

Potatoes New Zealand said there was more demand than growers could supply and that was having a flow on effect on companies such as potato chip processors.

Chief executive Champak Mehta said none of the previous season's crops were left in storage and the new season's potatoes were taking longer to hit the shelves.

"Well if we come through now into December, and we look at what's happening in Pukekohe, we are still seeing the same moisture in the ground, making it difficult to finish harvesting the early season crops and start planting next year's main crop."

"Canterbury is not so badly affected, the ground is dry and so they're using irrigators to kind of soften the ground up and allow the early season harvesting to be finished in the main crop," he said.

Mr Mehta said some of the chip processors, such as Bluebird and ETA, had taken short pauses in their production to allow supply to catch up with demand.

He said a massive shortage of those processed products was unlikely but so was the product discounting that usually occurs at this time of year.