The Government has beefed up rules covering the treatment of animals at rodeos, including banning the use of sheep and fireworks . 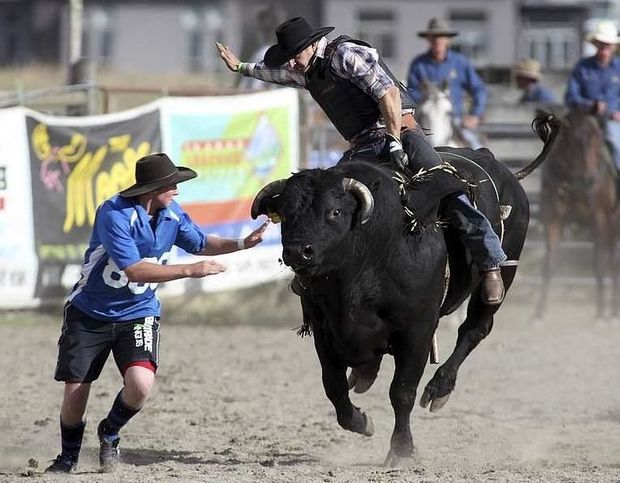 It has just released a revised Code of Welfare for Rodeos which sets out minimum standards and guidelines for using animals in those events and in training and rodeo schools.

It replaces the existing code that the National Animal Welfare Advisory Committee (NAWAC) issued in 2003.

Other new measures include a requirement for a veterinarian to be present at all events, not just on call, and for the appointment of an animal welfare officer by rodeo organisers.

The committee received 30 submissions during the consulation period.

Virginia Williams, a committee member, said the code featured a number of new or increased measures to provide better protection for animals.

"We've all seen cases of sheep being mistreated. You get kids climbing on them and facing backwards so that all their weight is on the sheep's head, so they're stumbling around, and I think it's one area where the welfare of the sheep really was compromised."

Dr Williams said NAWAC had also increased the weight of calves that were allowed to be used for the rope and tie events.

Dr Williams said submissions to NAWAC included calls for all rodeos to be banned, but the committee felt that the minimum standards would provide for the welfare of the animals.

She said NAWAC was currently reviewing the wider area of animal use for entertainment, including circuses, zoos and any event where animals are on display, such as A&P and cat shows.

The release of the new code coincided with the recent closure of the Huntly rodeo after complaints about the treatment of animals at that event.

However, the revised rodeo animal welfare code did not impress the animal advocacy group, SAFE, which described it as a sick joke.

SAFE executive director Hans Kriek said it was ridiculous to have a welfare code for an animal abuse practice, where animals were tormented and forced to endure needless suffering and mistreatment, all for the sake of entertainment.

He said rodeos had no place in New Zealand and it was time for them to go the same way as other brutal blood sports like bear baiting and cock fighting.

In the meantime, SAFE was urging the public to boycott rodeos.