The New Zealand Institute of Forestry is calling on the National-led Government to take the sector more seriously and has criticised the performance of the associate minister in charge of the industry over the last political term, Jo Goodhew. 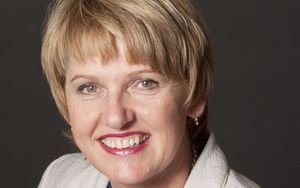 The institute's president, James Treadwell, said she could not grasp issues that were important to forestry and did not seem to care.

He said forestry is important to the economy and needed to be treated as such - with a senior Cabinet minister in charge.

"The last Government, we had Jo Goodhew as the minister responsible for forestry. She was not even in Cabinet and every issue we brought up to her never actually seemed to make it to the Cabinet table, or we certainly got no response on it."

"We brought a number of issues to her and we did not get a satisfactory response. We asked her to relook at the issues - and time and time again, we were just told that the Government was just looking at letting market forces do its work.

"Most people would think that seems to be okay, however, we compete for land use with other primary industries, including dairy, and those other industries are getting unintended subsidies, I suppose you could say, by the way the Government's treating them."

Ms Goodhew's office did not immediately respond to a request for comment today.