Senior Massey University veterinarian Alan Thatcher is the latest to speak out against the oil industry waste farms in Taranaki, where he fears a food safety scandal could be brewing. 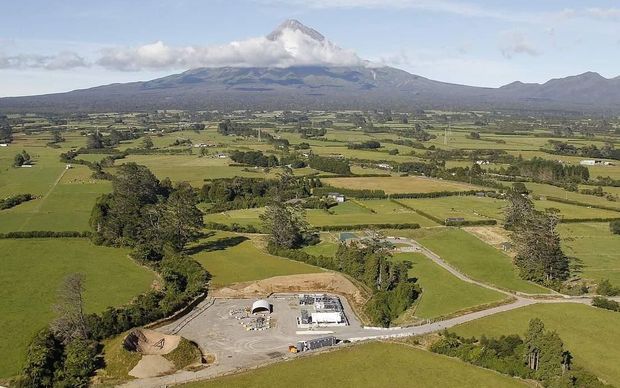 Mr Thatcher said livestock were being exposed to oil industry waste on the so-called "landfarms" before bioremediation was complete.

He said that was a threat to both livestock and trade.

"There have been studies overseas which suggest that exposure to oil industry waste has a considerable impact on animals, if they are exposed to high concentrations."

"And that's quite apart from the food safety angle. Really the potential impact on overseas markets - it could be significant. Right now we don't really need another food safety scare in China, for example."

For the first time, the Ministry for Primary Industries (MPI) conducted one-off testing of milk from the landfarms earlier this year.

While petrochemcial residues were found in the milk, the ministry said it was possible they came from elsewhere.

Mr Thatcher says that seemed to be a predetermined conclusion.

"I think the report expends considerable effort in arguing why what has been detected may not have originated from drilling waste.

"It seems to me that the report set out with that objective in mind to start off with. To me this approach is really quite concerning."

Scientists at Massey University's Centre for Public Health Research said the MPI report, by itself, should not be used to justify future application of petrochemical waste to agricultural soil.

And despite Taranaki Regional Council reports repeatedly showing beef cattle on oil industry waste farms, MPI has ruled out conducting any food safety testing of meat from the landfarms.

"I would be particularly concerned, if I was involved in the meat industry, about these cows coming from these farms where there has been insufficient time for bioremediation.

"Unfortunately, the Taranaki Regional Council seems to have decided that they can't do anything about it, but really that's probably nonsense as well.

"There's usually review clauses in resource consents that allow them to alter the consent if something new comes up."

The Taranaki Regional Council chair and Fonterra farmer director, David MacLeod, said he will respond to questions about the landfarms that were emailed to him today.

Meanwhile, the government working group set up to intervene on the landfarms met for the first time in August.

But MPI is refusing to release the minutes it took at the meeting to Radio New Zealand, saying its need to have "frank and private discussions" outweighs the public's right to know what is going on.

The working group was set up after the Parliamentary Commissioner for the Environment urged the government to intervene, saying the farms are a threat to New Zealand's reputation as a safe producer of food.