The Ministry for Primary Industries says it has identified no food safety issues from its testing of milk from Taranaki's oil industry waste farms.

The ministry sent milk to labs in New Zealand and Germany and says the four contaminants detected are not a threat to food safety. 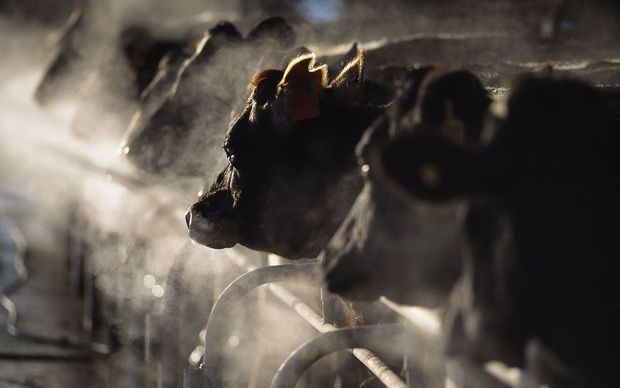 The Ministry took tests from 17 dairy farms in Taranaki which have had oil industry waste disposed on them. It found traces of a hydrocarbon, toluene, the metal barium, long-chain hydrocarbons and polybrominated diphenyl ethers (PBDEs).

"The outcome of the report we're releasing today is to give all consumers the trust and confidence that milk off of the 17 dairy farms in Taranaki, as well as through the rest of the country is safe, and there is no food safety risk."

Climate Justice Taranaki, which opposes the farms, said the Ministry was thorough by testing milk from both landfarms and mixed bury cover sites in Taranaki.

But its researcher Catherine Cheung believed testing of meat was also needed and questioned whether elevated levels of some of the contaminants in the milk on some of the farms justified more testing.

"I'm still worried," she said. "At least on four farms where drilling wastes have been disposed of, they have found contaminants that are well above where there have not been any drilling wastes. I think that alone warrants further investigation. And we'd also want the Ministry to start testing meat given that landfarms aren't going away in Taranaki."

The Ministry said it had no plans to conduct any meat tests.

A retired food microbiologist, John Brooks, said while the contaminants detected were at very low levels, he thought testing should continue to make sure the PBDEs are not coming from the oil industry waste.

"Looking at the data presented in the MPI report, I suspect that there's nothing to be made of it," he said.

"There's a relatively small number of isolations of these materials at very low levels - the only ones I would be concerned about at all are the polybrominated diphenyl ethers or PBDEs, which were isolated from two samples only."