The Government has announced it will set up a working group to deal with the problem of livestock being exposed to oil industry waste on so-called landfarms in Taranaki.

Food Safety Minister Nikki Kaye said a working group comprising the Ministry for Primary Industries, the Ministry for the Environment, the Taranaki Regional Council and others would be established in the next few weeks.

It follows Parliamentary Commissioner for the Environment Jan Wright recently calling on the Government to take urgent action on the landfarms, which are consented by the regional council.

Dr Wright said livestock have been seen in oil industry waste before it had been rendered safe by soil microbes and that that was a threat to food safety and the country's reputation as a safe producer of food.

National farming lobby group Federated Farmers is volunteering to be part of the working group.

President Bruce Wills said food safety and the country's trading reputation were critical and rules were needed to keep livestock off active landfarms in Taranaki and to ensure it was safe before they were grazing the land.

"We need to have a far more exact policy and criteria about what and what we don't do regarding having animals graze on this land after bio-remediation or whatever," Mr Wills said.

"So very happy to be part of a group. We need to tie this down. We need to be more specific there is some uncertainty around it - and, as I say, the important point from our point of view is reputation, food safety are critical. We can't put that at risk so we need to get this stuff sorted."

Last year, it dismissed the criticisms being made about livestock being on active landfarms by groups such as Climate Justice Taranaki and the Green Party as "poppycock" and being "so thin they could model in Paris".

While previously the Taranaki Regional Council has repeatedly denied livestock have been on active landfarms, it now acknowledges they have but says it does not approve of it and that it has no power to regulate livestock. 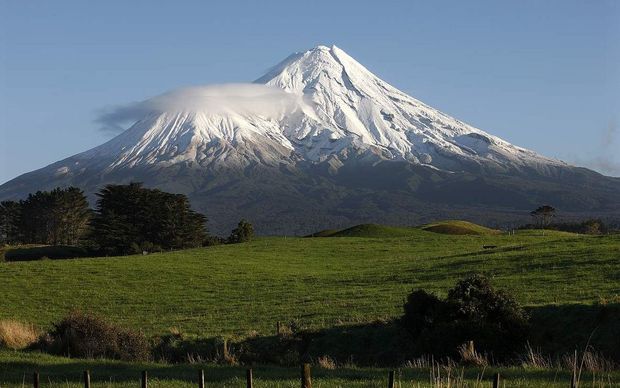