Farming and irrigation lobby groups are eager for the new Government to change environmental rules and get large-scale irrigation schemes up and running. 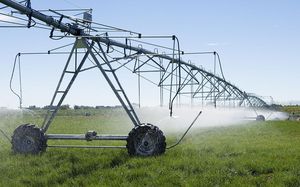 Lobby groups Federated Farmers and Irrigation New Zealand say the time is right, with the National Party being re-elected by a handsome margin for the Resource Management Act to be reformed.

Irrigation New Zealand chief executive Andrew Curtis said today that proposals by Labour and the Green parties to tax water did not find favour with irrigators, and National's resounding win on Saturday gives them more confidence.

"The key ones we're really after are some of the process changes - we are really keen for them to happen.

"What we are finding is that there are other parties that are coming in and playing games," he said.