Scientists at Landcare Research are hoping they have found a biological solution for controlling the highly invasive weed, tutsan. 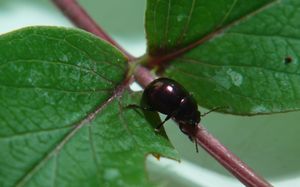 Scientists hope this beetle will help wipe out the weed. Photo: Landcare Research

Tutsan, not to be confused with the highly poisonous native plant tutu, has become a significant pest in parts of the central North Island. It has taken over large areas of agricultural and conservation land, is unpalatable to stock and hard to kill.

It is costing an estimated $30 million a year in production losses and reduced land values.

Landcare is assessing two types of insect - a leaf-feeding beetle and fruit, leaf and stem-feeding moth - which it hopes might have potential for helping to control the weed.

Biocontrol scientist Hugh Gourlay brought back the insects from Georgia in Europe, one of the areas where tutsan is thought to have originated.

"These two insects we found appear to be specific to tutsan only, and at this stage look unlikely to eat other plants, but that's why we've brought them into New Zealand.

"They're now in our containment facility here at Lincoln and I'm going to be host-testing them to see whether there's anything else they will eat, other than tutsan."

Mr Gourlay said if the insects pass muster, Landcare Research would ask the Environmental Protection Authority for permission to release them.

"They're both certainly damaging enough. I saw plants in Georgia that were completely defoliated ... If we were to get permission and approval for them to release, we would probably be looking at the first releases in the field in 2017, maybe 2018." 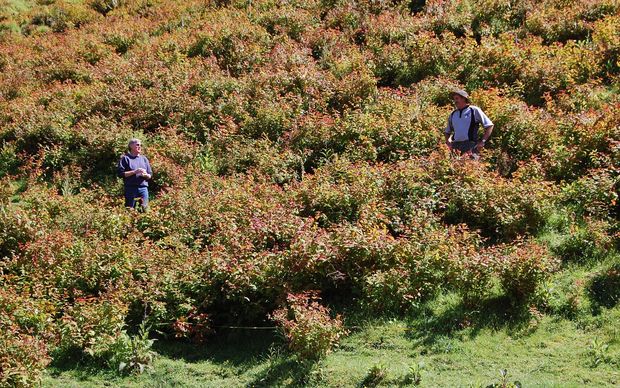 An infestation of tutsan at a farmer’s property in Taumarunui. Photo: Landcare Research

Mr Gourlay said the process that Landcare Research follows to assess the impact of biological control agents before they are released appears to be right on target.

"We've been doing some retrospective work looking at our biocontrol agents to see whether any of the insects that we've introduced have attacked other plants since they were introduced, and we haven't found any significant attack on other plants that was not predicted in our host testing.

and other things in New Zealand and found no major impacts from those things either.

"At this stage, it would appear from our research that we've been doing that our biocontrol agents have a significant impact on the targeted weeds that we introduce them for, but have very little impact in terms of non-target impacts or negative impacts on our environment."