Fonterra is assuring its dairy farmers that there is a world of difference between the new Chinese partnership it announced yesterday and its first disastrous joint venture foray into China. 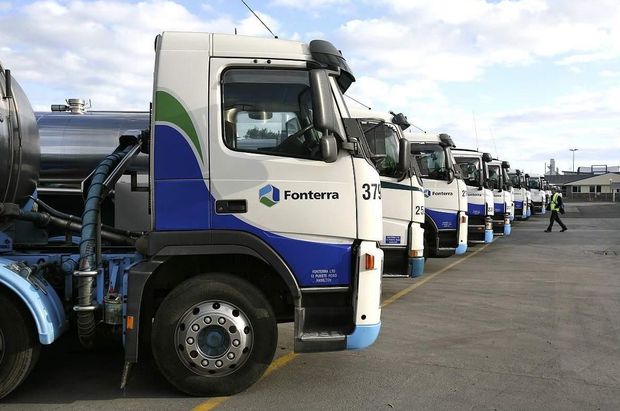 Fonterra is planning to invest up to $615 million in a new joint venture with Beingmate, a company in China. Photo: PHOTO NZ

The dairy co-operative is planning to invest up to $615 million in a partnership with the Chinese infant food manufacturer, Beingmate.

It will include taking a 20 percent shareholding in the Chinese company, and forming a joint venture with it to buy Fonterra's Darnum plant in Australia, which produces mainly formulas.

There will also be a agreement to market Fonterra's Anmum brand infant formula through Beingmate's large distribution network.

Fonterra's first partnership in China, with the Sanlu dairy company, ended in disaster when that company was implicated in the melamine milk contamination scandal in 2008, which resulted in Sanlu being forced into bankruptcy.

But the co-op's chairman, John Wilson, said there was a huge difference between that, and what was proposed in the partnership with Beingmate.

"First of all, the Chinese dairy industry has made significant investment, change through regulation and consolidation of the dairy sector, with a real focus around food quality and assurance," he said.

"Beingmate is one of the leading infant formula businesses in China, they have a very good name, and their plants are world-leading, they have six plans in China, and so this is about using the technologies and quality assurance standards that Beingmade and Fonterra have to continue the development of the Chinese dairy market." 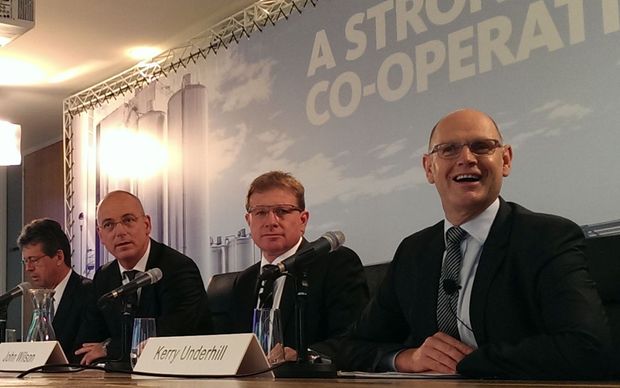 Federated Farmers dairy chair Andrew Hoggard said Fonterra's partnership plan with Beingmate was the best option for getting its products into the Chinese market and distributed quickly.

But he said there would still be some farmer nervousness after the Sanlu episode.

"There will definitely be a number of farmers who will have nagging doubts trom 2008, around Sanlu, so they'll certainly be seeking assurances that we won't have a repeat performance," he said.

"But personally, I think Fonterra has learnt a lot from that and the Chinese market has also changed a lot since then, so from what I've seen, it looks like a good investment and a great prospect for New Zealand dairy." 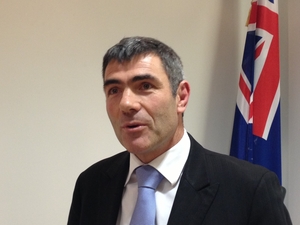 Primary Industries Minister Nathan Guy thinks the deal with Beingmate is all positive for Fonterra and for farmers.

"Beingmate has the distribution networks, they've got a great reputation, moving into the value-add infant formula market is going to be a real positive for Fonterra and New Zealand farmers as well.

"Fonterra's already expanding in the Chinese market. They have New Zealand cows being milked on the land in China, they believe there's an opportunity to further grow the fluid milk market, if we can continue to move more of our product up the value chain, then that's going to mean returns will grow for New Zealand farmers, and that's hugely important for the New Zealand economy."

Mr Guy said the 75 percent increase in the value of New Zealand dairy exports to China in the past 12 months showed that things had moved on from disruption caused by last year's botulism false alarm. 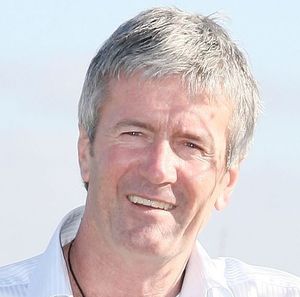 Labour's Primary Industries spokesperson, Damien O'Connor, says the Beingmate partnership may be the only way Fonterra can catch up in the infant formula market in China.

But he said questions had to be asked about the long-term effect on the value chain for Fonterra and its farmers.

"Given Fonterra has effectively sold the Anmum brand and rights to it in the Chinese market, to a Chinese company. So, farmers have every right to question what effect this will have on milk price versus what effect it will have on dividend streams for investors, and that tension is one that will remain within Fonterra, now," he said.

"Farmers just have to ask that all the investment is working in the interests of both the investors and the farmers and I'm not sure whether that's the case in this particular move."

Mr O'Connor said the fall out from the botulism incident, involving whey protein concentrate, had not disappeared.

"Fonterra's still facing the blockage of WPC and New Zealand base product for infant formula, because of the unfortunate botulism issue, and now they're required to source that product either from Australia or Europe.

"Effectively, New Zealand farmers are not in control of the vertical value-added chain for their milk products and over time, that might very well reduce their ability to get all the payment for the milk back through to the farmer."