Fonterra will be able to increase exports of its own branded infant formula into China as the result of a new partnership it is forming with a Chinese infant food manufacturer, it says.

The New Zealand dairy co-operative yesterday announced its intention to invest $615 million in the partnership with Beingmate. It will include taking a 20 percent shareholding in the Chinese company and forming a joint venture with it to buy Fonterra's Darnum plant in Australia, which produces mainly formulas. 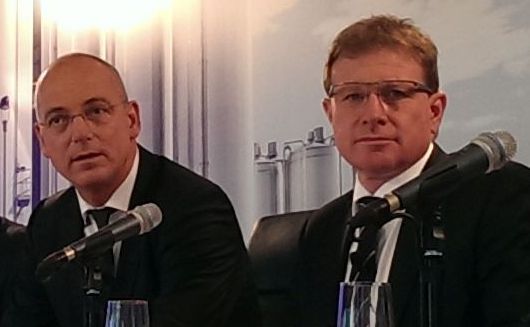 Fonterra chairman John Wilson said an important part of the deal would be a distribution agreement for Beingmate to sell Fonterra's Anmum brand infant formula in China.

"We launched it into China in late August early September last year and we've see really good growth, but it's very much at a pilot stage and only in some limited markets and through this relationship with Beingmate, we're going to be able to significantly accelerate the development and presence of Anmum in China."

Mr Wilson said Anmum was produced in New Zealand for that market.

Fonterra also announced that it is spending $555 million to build another big milk powder drier at its Lichfield site in Waikato, and expand processing capacity at Edendale in Southland to cope with the ever increasing volumes of milk coming on stream in this country.

"The challenge we've had over the last 12 to 24 months is that we've had very little, sometimes no spare capacity over the peaks," he said.

"So at Lichfield, we're talking about a $398 million investment and this will bring approximately 50 jobs into that area."

Mr Wilson said Litchfield would process 4.4 million litres of milk a day into 30 tonnes of powder an hour.

About $157 million would be invested at the Edendale plant, with 25 jobs and 1.4 million litres per day being processed.

Mr Wilson said with a new powder plant being built at Pahiatua, it would increase peak processing capacity by 10 percent. 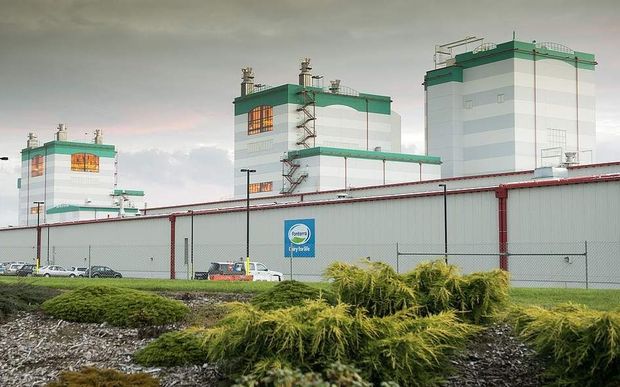 About $157 million will be invested at the company's Edendale plant in Southland. Photo: PHOTO NZ

"I guess that really reflects the change in Fonterra from a commodity producer to one that wants to further add value to milk - albeit that most of our milk is going to go into commodities.

Fonterra chief executive Theo Spierings is in China and said Beingmate was one of that country's leading infant nutrition companies.

"(It) has been around for a long time, started their operations in the mid-90s, mainly milk and cereals at that time and then went into infant nutrition and built a market position of 10 percent and, with that, they are among the leading brands in the country.

Fonterra is holding its farmgate milk price forecast for the season at $6 per kilo of milk solids, with a 20 to 25 cents a share dividend on top of that.

That is a relief for farmers - at least in the short term. After the company dropped the price from its opening forecast of $7 per kilo when global dairy prices took a tumble, farmers were worried that the payout could come down below $6.

Fonterra will update its milk price prediction on 24 September when it announces its annual result and confirms last season's payout.