The Meat Industry Association is supporting the finding by a World Trade Organisation disputes panel that has ruled against the United States over a country of origin meat labelling law. 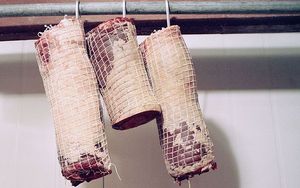 Canada and Mexico, backed by New Zealand and Australia, amongst others, opposed a new US rule that requires more information on labels about the origins of beef, pork and other meats.

They regard the country of origin law as a potential trade restriction.

The Wall Street Journal has reported the panel's findings, although it said the decision would not be made public for a month or so, and the Untied States will be able to appeal.

Meat Industry Association Trade and Economic Manager Philip Houlding said the issue was complicated and country of origin labelling should be voluntary.

"It just shows the importance of making sure that when you are making rules like this that you consider all sides of the argument. I mean you can find yourself potentially in breach of some of these international trade agreements, but it is just important to ensure that you're not discriminating," he said.

"From our perspective, we're proud of things being from New Zealand and can stand up to any other sort of scrutiny, but this kind of labelling in the US hasn't added any benefit in terms of food safety assurances or anything like that. It just seems principally just of added costs, so hopefully the WTO decision helps us".