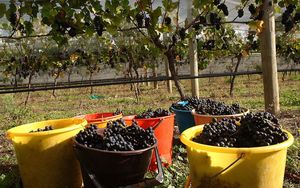 The industry exports more than $1 billion worth of product and has set a target of nearly doubling that within two years.

Mr Green said there would be minimal growth in volume. He cited the Marlborough region, which was the country's biggest wine growing area, where production and land availability were peaking.

"We anticipate continued growth within the industry over the next few years but we are anticipating that it will be growth in value, as we drive up the value of our wine rather than growths in volumes."

He said that would depend partly on changes in exchange rates, but also on giving New Zealand wines a premium value in all markets.