Farmers are seeing the overnight Global Dairy Trade results in a positive light. 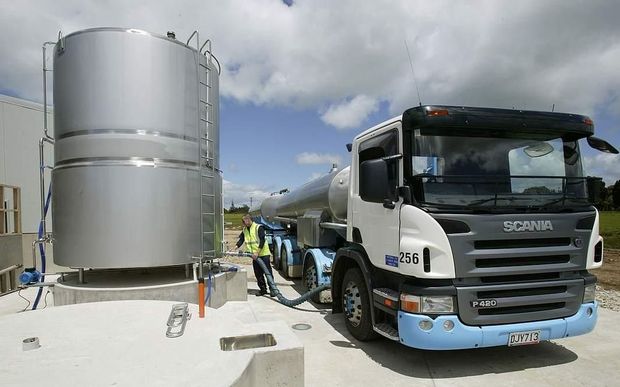 There was a further slight fall in the average price, down by point six (0.6) of a percentage point, and the skim milk powder price tumbled by a further 12-percent and cheese by almost eight percent.

However, significantly, the whole milk powder price rose by more than three percent, a turnaround from the big falls of the past two auctions.

Federated Farmers dairy chair, Andrew Hoggard, said while it's too early to read too much into the result, farmers will be hoping it's a sign that dairy prices may be stabilising after their recent rapid falls.

"So we had more competition at this one which is always a good sign for prices going up, and the hope would be if more and more buyers are coming onto the market, then that stabilisation would carry on and prices may lift. "

He said the trend in dairy prices this season is similar to what occured two seasons ago.

"We've had a couple of years where it's started off not looking that flash and then things have pulled away later in the season."

Specialist dairy analyst with Agrifax, Susan Kilsby, described the overnight auction results as positive, in view of what's been happening in the international dairy market.

"It's also an indication that we're seeing more demand from China, because they are such a big buyer of wholemilk powder from New Zealand," she said.

In the last fortnightly auction prices fell 8.4 percent - a 40 percent drop since February.

Fonterra has cut its forecast payout to farmers from $7 per kilogram to 6 on the back of the falling international demand.

That has been attributed to a lack of Chinese buyers, who overstocked on milk powder last year because of concerns Chinese regulation of infant formula could restrict supply.