The dairy industry says the practice of inducing cows to abort their calves so they can start milking earlier will be not be permitted from next season - but an animal rights group is not holding its breath.

About a third of dairy farmers use the practice and about three percent of cows are induced. 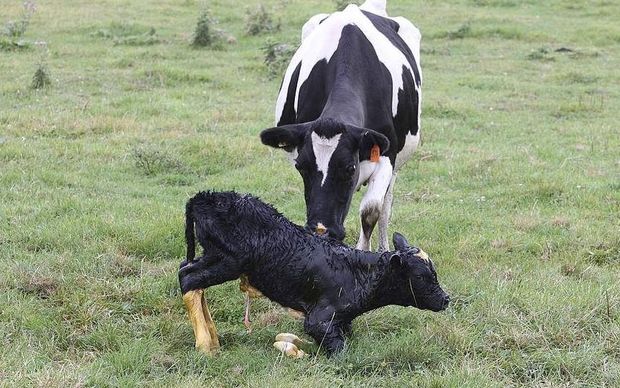 About three percent of cows are induced each year. Photo: PHOTO NZ

Joyce Voogt, reproduction solutions manager for Livestock Improvement Corporation, says inductions will not be permitted from spring 2015 and farmers need to start planning now and develop a year-round proactive approach to reproduction on their farms.

"There are a few key important things, and the first thing starts right now with those babies that are arriving. So getting those calves off to a really good start and having the young stock meeting their live weight targets through their first two years of life, so that when they enter the dairy herd they are both well grown, in good condition and early calving.

"That allows them to compete well in the herd and to have plenty of time to get themselves sorted out and recommence cycling by the time the next mating period starts.

"Another very important one is accurate heat detection during the artificial breeding period of mating, making sure that cows that are on heat and not missed and they're mated at the right time. Fundamentally important to that is the condition of cows, both at calving and mating.

Mr Voogt says there a range of steps farmers can take to improve reproduction on their farms - including getting professional assistance from Dairy New Zealand or Livestock Improvement Corporation.

Animal rights group SAFE is sceptical that the dairy industry will stop inductions. Executive director Hans Kriek says he has heard it all before.

"We are pleased to hear that the industry is promising an end to the practice, but we have heard those words before and every time, the deadline approached, there was pressure from within the industry to extend the deadline and we certainly hope that it's not going to happen this time again.

"The industry knows that the New Zealand public doesn't like inductions and we know that there are a lot of veterinarians that actually participated in the process, don't like it either.

"This is something that should almost belong to the Middle Ages - this is not something you do with animals."