Forestry contractors in storm-battered Northland are feeling hard done by.

Flooded farmers are getting support with emergency feed supplies and access to Taskforce Green teams for the clean-up but logging operators say their plight is being ignored.

Many of the smaller roads in the Far North are still closed or barely useable following this month's big storm, and trucks and contractors can't get in to fell trees or move the logs to port. 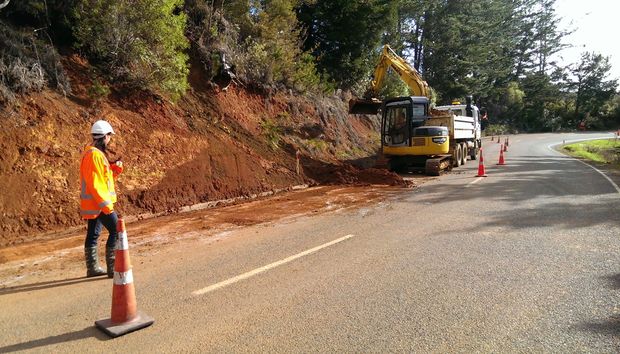 He said the delays in getting roads re-opened was a major concern.

"Contractors don't get paid until the wood is shipped away and so there's a real backlog of wood because the highways are so severely impacted," he said.

"We have people trying to shift equipment as well as logs and [it] just stops any cash coming in. Meanwhile you've already paid for your road-user charges. These are the same contractors who already had to face the downturn with the Chinese market slowing up - so it's a double hit."

Mr Stulen said forestry contractors would be making Economic Development Minister Steven Joyce aware of the financial impact of the road damage and delays in Northland.

He said they would like him to visit the region to see the damage for himself.