The Duke of Cambridge has paid tribute to the resilience of the people of Christchurch and their desire to rebuild the city.

Prince William was speaking at a business luncheon focused on the rebuild at the Air Force Museum at Wigram and hosted by the Canterbury Employers' Chamber of Commerce on Monday afternoon. 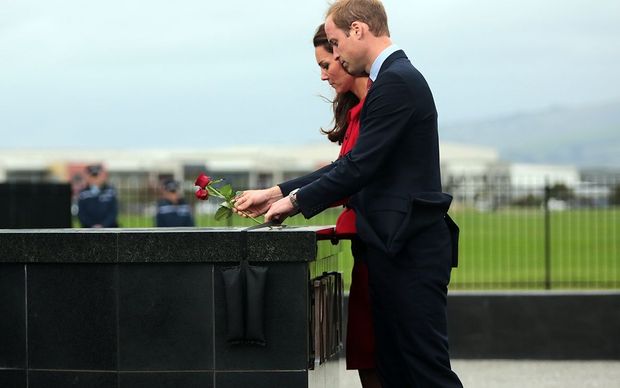 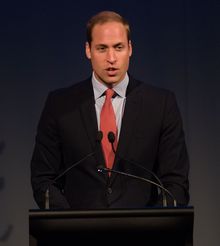 On 4 September 2010, a 7.1 magnitude quake shook the region, but there was no loss of life. Nearly six months later, a tremor on 22 February 2011 at lunchtime killed 185 people, including many at the CTV building which collapsed.

The Duke and Duchess of Cambridge visited the memorial at the site along with about 200 members of families of those who died. They were also taken on a tour of the central city to see how the rebuild is progressing.

About 500 businesspeople gathered for Future Focus: Christchurch's Redevelopment lunch surrounded by old war planes including an Iroquois military helicopter and a Douglas C-47B Dakota, which carried the Queen on previous royal visits to New Zealand.

Prince William and Catherine arrived to cheers from a large crowd dressed in red, white and blue.

"As you're aware, this is Catherine's first visit to New Zealand. And the two of us are phenomenally grateful for the way that we've been made to feel so very welcome."

Prince William said there had been "many highlights'' during the visit and joked that sailing was one of Catherine's - but perhaps not one of his - after being beaten 2-nil on Auckland Harbour last week.

There had been "a number of moving reminders" of harder days in New Zealand's past, he said. Particularly poignant in the centenary year of the start of World War I were the war memorials the royal couple visited in Blenheim and Cambridge - which William said "stand as simple tributes to the selflessness of those who have gone before in this great nation".

Three years ago when William visited Christchurch after the February quake, he said he remembered hearing of the courage of ordinary members of public, first responders, the student army, and "many others in the aftermath of devastating earthquakes".

"Both Catherine and I have found ourselves moved this morning by the reminders of how awful the second earthquake was."

William said he has been struck by the "resilience and adaptability" of locals. "Despite the daunting job ahead of you, life continues with classic Kiwi humour, creativity, innovation and determination. Christchurch remains a buzzing, thriving city. The reason why the earthquakes did not defeat Christchurch is because of you."

"Christchurch is a city which has chosen not only to survive but to thrive. Catherine and I look forward to coming back to see how the city takes shape.''

Prince William also asked those gathered to join him and Catherine in passing on thoughts and prayers to those in the Solomon Islands who have been struck by devastating flooding and strong earthquakes in recent days.

After the lunch, the Duke and Duchess each laid a single red rose at the Wall of Remembrance to pay respects to New Zealand's fallen airmen.

They also unveiled a new plaque in recognition of RNZAF personnel who served in peacekeeping missions throughout the world since 1948.

The couple gave a final wave before headed off to the airport and a flight back to Wellington and their eight-month old Prince George. 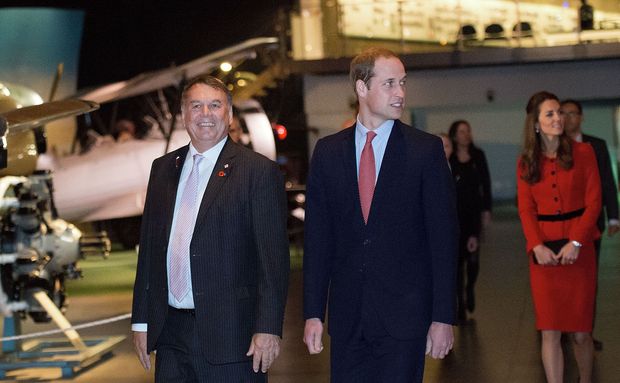 The Duke and Duchess at the Air Force Museum at Wigram. Photo: POOL