Rio 2016 Olympics - Brazil police confirmed they have seized the passports of three members of the Olympic Council of Ireland as part of an investigation into illegal ticket sales at the Rio Olympics. 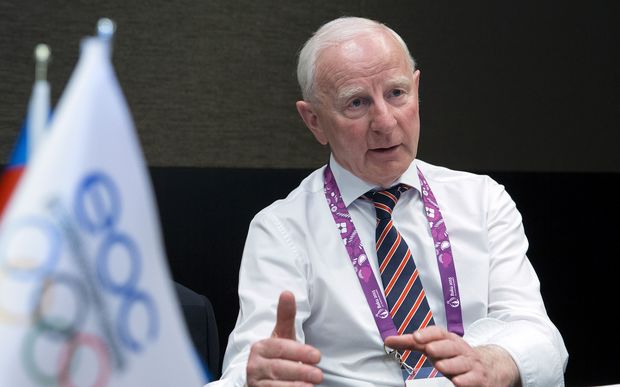 Mr Martin was previously a Director of Coaching at Ulster Hockey. No arrests were made during the search on Sunday.

In a separate statement, a Brazilian judge says an order had also been issued to seize the passports of OCI interim President Willie O'Brien, personal assistant to the presidency Linda O'Reilly and OCI Vice President John Delaney.

It follows a Brazilian police raid on Irish Olympic officials on the last day of the Rio Games, where they also seized computers, cellphone, and unused tickets in a rapidly expanding investigation.

The raids, on hotel rooms and offices in Rio, follow last week's arrest of Pat Hickey, head of the Olympic Council of Ireland and member of the International Olympic Committee.

The 71-year-old is held in a Rio prison, pending formal charges.

The Olympic Council of Ireland (OCI) said police had met some of its officials during the raids and asked them to appear at a police station for questioning tomorrow. None of the officials was arrested.

"The OCI had an allocation of unused official tickets in their offices which had been made available for athletes' families and friends," the OCI said.

"The police also took possession of these tickets."

They accuse PRO10 of funnelling tickets to THG Sports, which sold them illegally at inflated prices. A director of THG Sports, Kevin Mallon, was arrested this month in Brazil.

PRO10 and THG have denied wrongdoing. Hickey's lawyer in Dublin did not respond to an email from Reuters.

Police said they seized more than 1,000 tickets from THG Sports, which is not an official ticket reseller, and a judge has ordered the arrest of four more THG executives on accusations of fraudulent ticket sales at the Olympics.

THG has said the seized tickets were being held legally on behalf of the official Irish ticket reseller, PRO10.

Hickey is expected to appear before a judge tomorrow.

Off The Track RSS